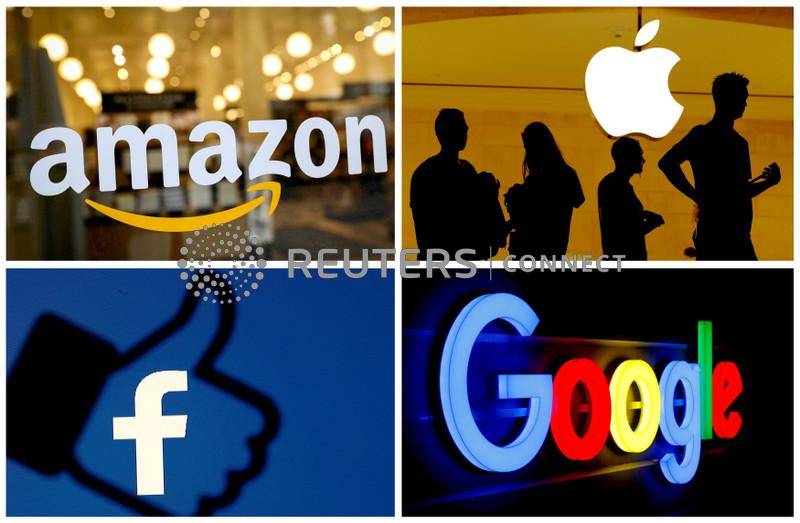 FILE PHOTO: The logos of Amazon, Apple, Facebook and Google in a combination photo

SYDNEY (Reuters) – Australia plans to make social media companies obtain parental consent for users under the age of 16 and threaten fines of up to A$10 million ($7.5 million) for internet platforms which fail to comply, under draft legislation published on Monday.

Social media companies, which include anonymous forums like Reddit and smartphone dating apps like Bumble, would also be required to take all reasonsable steps to determine users’ ages and prioritise children’s interests when collecting data, the Online Privacy Bill said.

The new proposed rules would put Australia among the most stringent countries in terms of age controls for social media, and build on efforts to rein in the power of Big Tech following mandatory licencing payments for media outlets and plans to toughen laws against online misinformation and defamation.

Facebook this month faced anger from U.S. lawmakers after a former company employee and whistleblower handed thousands of documents to congressional investigators amid concerns the company harmed children’s mental health and has stoked societal divisions – a development cited by Australian lawmakers on Monday.

“We are ensuring (Australians’) data and privacy will be protected and handled with care,” said Attorney-General Michaelia Cash in a statement.

“Our draft legislations means that these companies will be punished heavily if they don’t meet that standard,” she added.

Assistant Minister for Mental Health and Suicide Prevention David Coleman said the “leak of Facebook’s own internal research demonstrates the impact social media platforms can have on body image and the mental health of young people”.

Facebook’s director of public policy in Australia and New Zealand, Mia Garlick, said in a statement that the company was reviewing the proposed law and understood “the importance of ensuring Australia’s privacy laws evolve at a comparable pace to the rate of innovation and new technology we’re experiencing today”.

Under the draft law, privacy watchdog the Office of the Australian Information Commissioner would receive full investigation and enforcement powers, with the ability to fine a corporation up to A$10 million, 10% its annual turnover or three times the financial benefit of any breach.