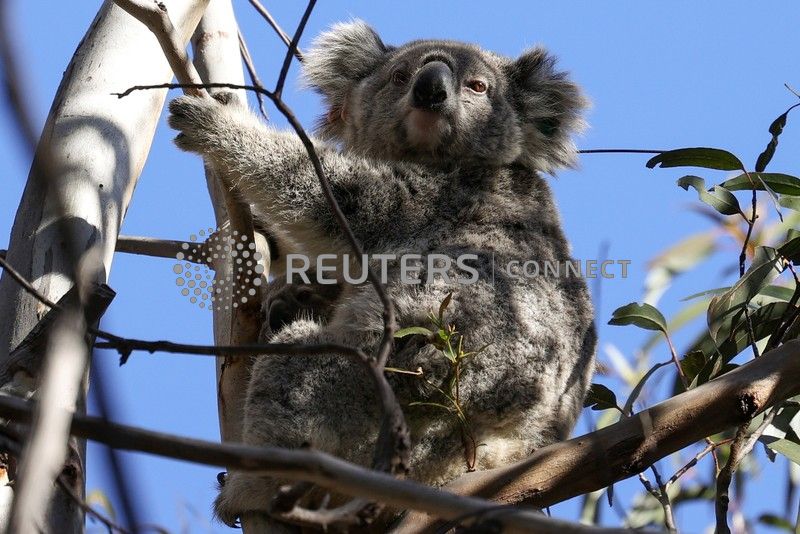 FILE PHOTO: A mother koala named Kali and her joey, monitored by not-for-profit conservation organisation Science for Wildlife, as part of the Blue Mountains Koala Project spearheaded to plan for koala recovery in the region, are seen in their natural habitat in an area affected by bushfires, in the Greater Blue Mountains World Heritage Area, near Jenolan, Australia, September 14, 2020. REUTERS/Loren Elliott

CANBERRA (Reuters) – Australia is considering listing koalas on the country’s east coast as endangered, Minister for the Environment Sussan Ley said on Friday in an emailed statement.

Australia already classifies east coast koalas as vulnerable, their numbers under pressure from logging, urban encroachment and a pervasive infection. As well, bushfires across New South Wales and Queensland states in 2019 and 2020 are estimated to have killed as many as 30% of the population.

Scientists and academics have warned that the iconic Australian mammal could become extinct by 2050 in New South Wakes, and Ley said she has asked the country’s Threatened Species Scientific Committee to consider including koalas on its endangered species list.

“We want to see koala populations recover and we are investing A$24 million ($18 million) in habitat restoration, disease and genome research, population mapping and veterinary support,” Ley said.

Wildlife groups welcomed the move but said it should have happened much earlier.

“Had Australia put in place an independent compliance agency in 2012 when the koala in eastern Australia was first listed as vulnerable, we could have avoided this day. But we didn’t, we kept on with business as usual,” said Stuart Blanch, senior manager at WWF-Australia.