All Blacks line up Tonga, Fiji in July 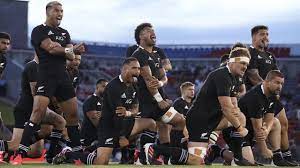 New Zealand will host pan-Pacific clashes in July, with Fiji, Tonga and Samoa all visiting for rugby Tests. Picture: APP

WELLINGTON, 18 MAY 2021 (AAP) – New Zealand will host pan-Pacific clashes in July, with Fiji, Tonga and Samoa all visiting for rugby Tests.

Despite a fierce off-field battle with their governing body, the All Blacks have locked in their return to international competition with three Tests against Pacific opposition in July.

New Zealand will face Tonga on July 3, playing a Test for the first time at Auckland’s Mount Smart Stadium.

Back-to-back Tests against Fiji follow on July 10 and 17 in Dunedin and Hamilton.

“We look forward to welcoming the Flying Fijians to New Zealand for what will be an historic, first-ever, back-to-back All Blacks Test Series against them,” NZ Rugby chief executive Mark Robinson said.

Italy was originally scheduled to tour Aotearoa in July, pulling out to avoid inter-continental travel during the COVID-19 pandemic.

Away from the pitch, the players union and NZ Rugby remain at loggerheads over a proposal to sell off a minority stake in the team’s commercial rights.

The players union has stymied that deal, supporting a counter-offer from NZ-owned investment firm Forsyth Barr that would keep the All Blacks locally owned.

Robinson said he was “shocked and disappointed” by the second bid, which comes after months of due diligence with the American firm.

“This is a fundamental breach of trust and the partnership (with the players union) which up until now we valued highly,” he said.

Several All Blacks have signed a letter detailing their concerns with selling.

Samoa will play Test rugby in New Zealand in July – just not against the All Blacks.

They’ll face the Maori All Blacks in Auckland and a World Cup 2023 qualifier against Tonga in Hamilton, creating two double headers.

Any selected players not based in Australia or New Zealand will have to complete a fortnight’s quarantine before being cleared for action.