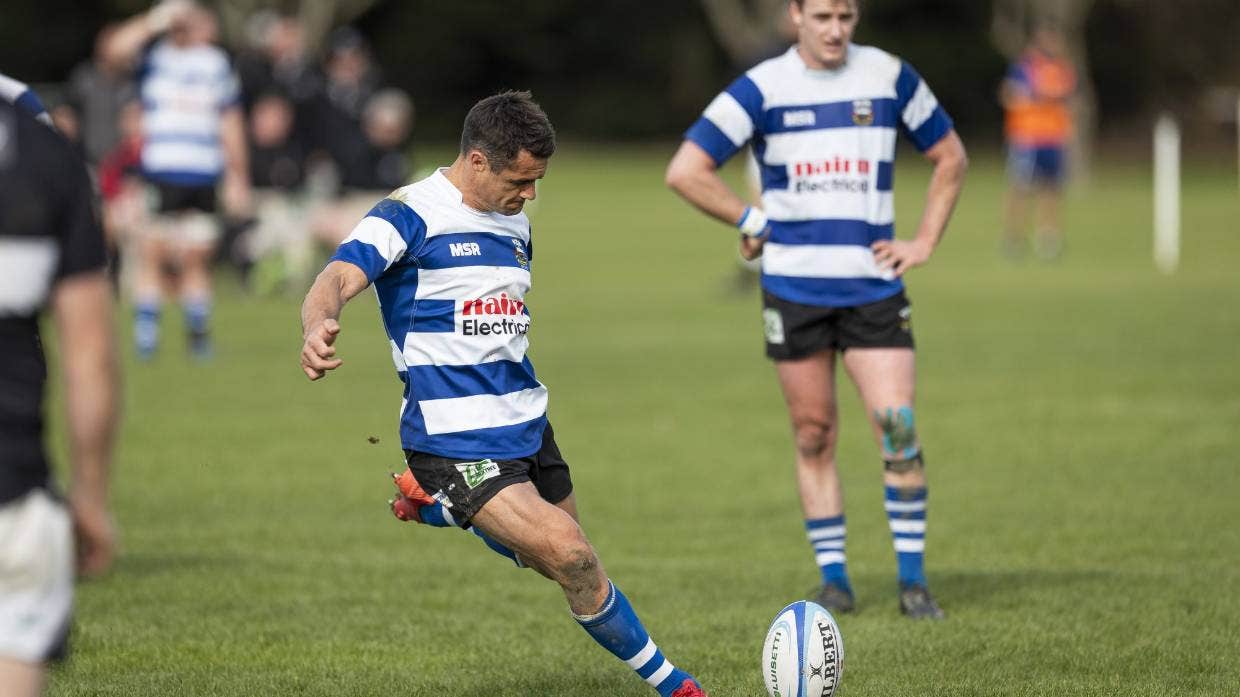 Southbridge No 10 Dan Carter kicks a conversion during the final of the Ellesmere division 1 club final on Saturday.Picture: STUFF SPORTS

On the rugby field of his youth, former All Black Dan Carter claimed another victory – this time with his rural Canterbury home club, Southbridge.

In his third game with the club this season, the rugby great helped the team win the final of Canterbury’s Ellesmere senior competition and bring home the Coleman Shield – his first.

The final score against Waihora was 40-32.

As the early spring sun provided perfect conditions for the highly anticipated match, Southbridge supporters had a nervous wait for their victory celebrations.

Waihora displayed the strong form they’ve shown throughout the competition and led 24-22 at halftime.

But Southbridge regained the lead early in the second half, with another try converted by Carter, and held on to it. A last ditch effort and try by Waihora proved too little, too late.

Carter was elated to have added the local shield to his stellar 19-year professional career.

His triumphs on the field span the Rugby World Cup, Super Rugby, NPC, and the Rugby Championship. He has also been a three-time International Rugby player of the year (2005, 2012, and 2015) – holding the record with former team-mate Richie McCaw.