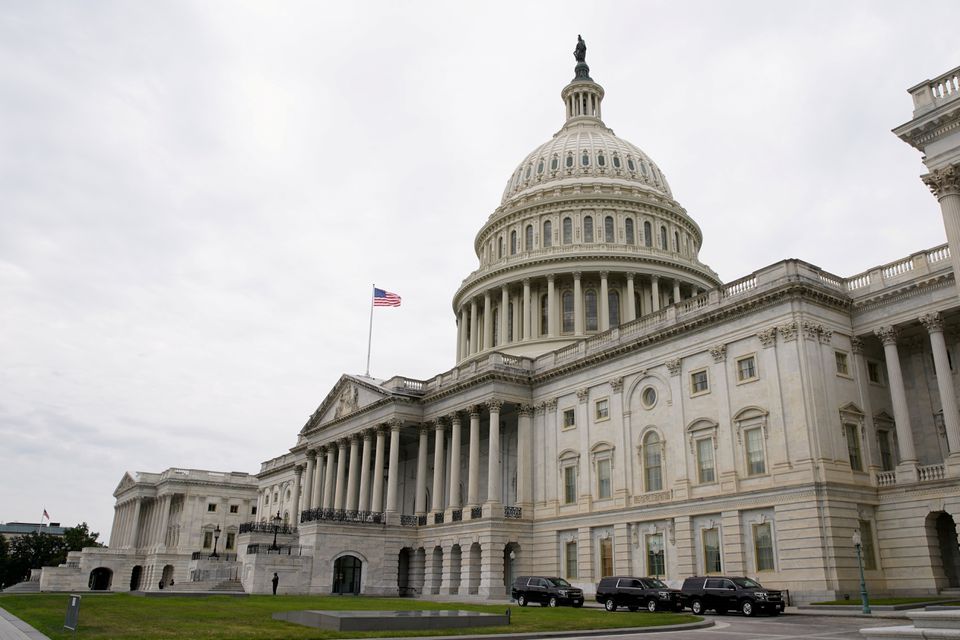 Vehicles are parked outside the U.S. Capitol building the morning the Senate returned to session in Washington, DC, U.S., July 31, 2021. REUTERS/Elizabeth Frantz/File Photo

U.S. senators introduced a sweeping $1-trillion bipartisan plan to invest in roads, bridges, ports, high-speed internet and other infrastructure, with some predicting the chamber could pass this week the largest public works legislation in decades.

The massive infrastructure package, a goal that has eluded Congress for years, is a top legislative priority for Democratic President Joe Biden, who billed it on Sunday as the largest such investment in a century.

“I believe we can quickly process relevant amendments and pass this bill in days,” Senate Majority Leader Chuck Schumer, a New York Democrat, said of the legislation after it was announced by a bipartisan group of senators.

“This is a really important bill because it takes our big, aging and outdated infrastructure in this country and modernizes it. That’s good for everybody,” said Senator Rob Portman, the lead Republican negotiator.

However, some Republicans criticized the bill as too costly.

“I’ve got real concerns with this bill,” Republican Senator Mike Lee said in a floor speech. “All is not well with the way we spend money.”

It was not yet clear whether senators outside the bipartisan group that negotiated the bill will offer amendments that could possibly upset the delicate coalition that was cobbled together.