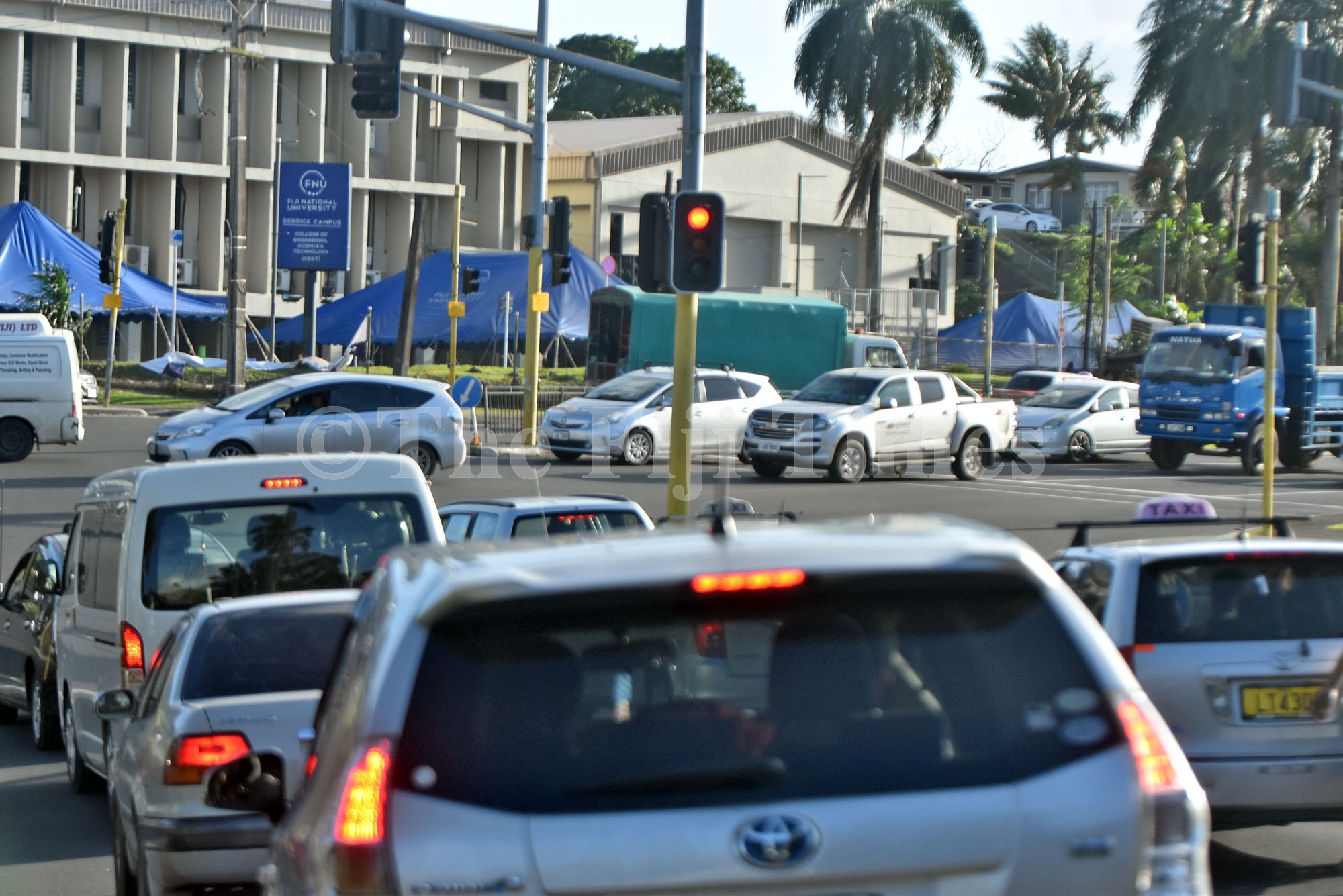 JUST the other day we highlighted the issue of potholes and traffic congestion as school starts for the new year.

It’s not an easy subject to cover because of the many interlinking issues. They make this an interesting subject.

It’s quite close to the hearts of thousands of commuters because they travel daily to and from work and school.

We highlighted the traffic congestion on roads leading to the Capital City. However, this isn’t reserved only for Suva.

It’s part of life in many other urban centres around the country. Commuters in Lautoka, Nadi and Labasa for instance have their fair share of frustration at the start and end of each day. It’s a nightmare that does not seem to end.

Thousands of commuters will show cause to be frustrated and angry if they are asked to. It’s really no laughing matter.

Being stuck in heavy traffic can be frustrating. Thankfully our policemen and women are easing this to some extent, and doing great work by the way. In the face of this great stress though is an issue that does anger drivers and commuters daily. It’s the inconsiderate driver who is beating the queues.

The Land Transport Authority and police just have to keep an eye out for drivers who will cut into slow moving traffic at the lights beside RB Patel Centrepoint, along Waimanu Rd near the Colonial War Memorial Hospital, and along Nokonoko Rd just before the roundabout at Laucala Beach Estate where drivers use the left lane to cut back to the right towards Nadera during heavy traffic movement.

Some drivers along Ratu Dovi Rd, beside Centrepoint, will drive on the right lane to the streetlights, and then instead of taking the right turn as expected, they cut back into the queue on the left to make the left turn to Suva, jumping the slow moving queue.

Then there are the drivers who will drive up the side road along the Vinod Patel building along Ratu Dovi Rd and cut back into the main traffic just near the streetlights, again jumping the queue.

Some drivers along Waimanu Rd using the left lane will cut back into traffic just at the junction before the bus stop at CWMH, jumping the queue. It’s frustrating when there are drivers who patiently bide their time in the queue, only to be rudely cut off by these inconsiderate drivers who think they are the only ones in a hurry.

It is good that not every driver is inconsiderate. Otherwise we would be witnessing chaotic scenes every morning to add to the frustrating slow moving traffic.

Yesterday morning for instance saw a number of minibuses, buses and cabbies beating the queues. Something should be done to these inconsiderate rude drivers. The queues are long every morning. They are frustrating, and sap energy levels to some extent.

The inconsiderate drivers simply add to this daily and seemingly endless fight with emotions. But aside from switching on soothing music to keep a semblance of order or perhaps balance in your thoughts, what else can we do? Surely we do not want a free-for-all on our roads.

Now that would be driving people off track. We thank the policemen and women who give us some order on the road though.