A new twist to sigidrigi 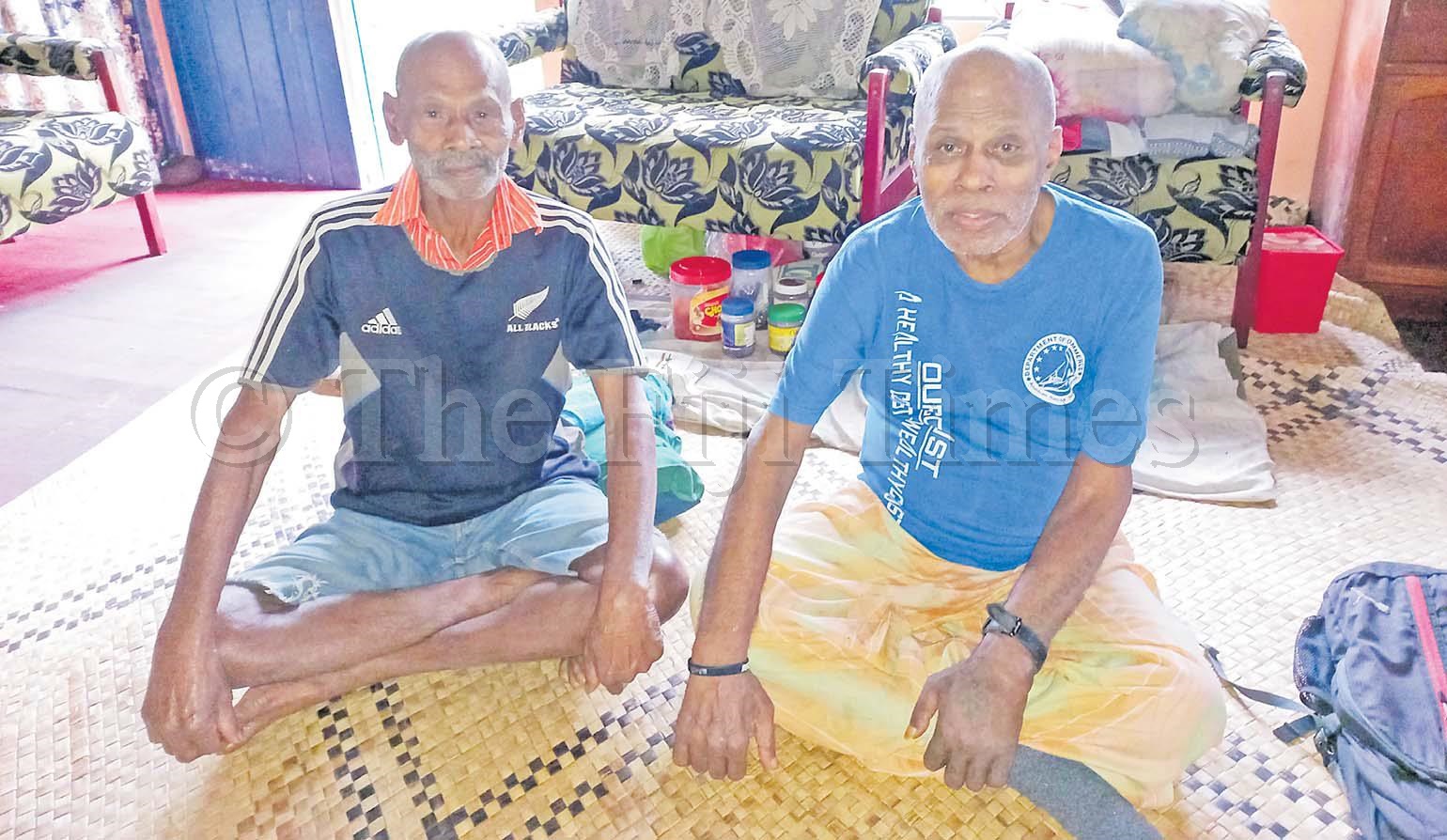 In the early ’70s, when contemporary music was not popular in rural villages around Fiji, two gentlemen from Waikete Village, Tailevu, decided to change the status quo by composing their own songs.

At a time when traditional iTaukei music was widely embraced in the form of sigidrigi, Iosefo Senikau and Sakiasi Yabia decided to introduce a new twist to the genre.

Senikau, one of the surviving members of the group, shared with The Fiji Times how the famous Senikakala Serenaders was formed.

He said one day, while relaxing at home, he and his cousin, Yabia (now deceased) decided to write some songs.

“We decided to infuse the things we could see around us into our songs, things like the beautiful scenery of our village situated between mangrove trees and the freshness of the air from the sea,” Senikau said.

“We incorporated everythingthat was beautiful and unique  and even added things our village was known for, the famous mangrove crabs called mana which is regarded as a delicacy throughout Nakelo District.

“When it came to finding a name for our group, we named it after the beautiful smell of the kakala tree in front of my house.”

He said when they managed to complete a few songs, they decided to practise with another musician, Watisoni Rokoyadre.

Senikau said after a few months of practising with him, they decided to do their first recording with well-known engineer and musician Waisea Vatuwaqa.

“In 1978 we did our first recording with Wise and at that time the songs were recorded on to cassettes.

“Sakiasi Yabia was the lead singer, Watisoni Rokoyadre, took the high harmony while I sang the third voice.

“When we came back to the village after our fi rst recording, the villagers welcomed us with feasting and music.”

Senikau said they were very proud of their first recording.

He said they were invited to all the villages in the Nakelo District to perform at most of their occasions.

Senikau said when their first album was released, another band called the Waikete Group was formed in the village.

He said the band consisted of Aminiasi Koroi, Akariva Paula and Timoci.

He said the two music groups placed Waikete on the map and  the two sigidrigi bands were invited to perform together at many functions.

“Most villagers invited us because they loved the fact that we serenaded and danced at the same time.

“While we, the Senikakala Serenaders performed, the Waikete Group would entertain the spectators with their dances and moves.

He said Senikakala’s songs were not focused on the frivolities of life, they also delved deep into issues and one of their hits, composed by Yabia, was about when the iTaukei received Christianity and how it brought an end to cannibalism in Fiji.

Senikau said a lot of the songs were about village life and other social issues at the time.

He said apart from the messages in their songs, he believed another key ingredient to Senikakala’s popularity in the ’70s was the hypnotic rhythm and sweet melodic lines of the group’s lead guitarist Peni Penasio from Muanikoso.

He said Senikakala and Waikete Group had set the platform for other artists from their district.

Senikau said another sigidrigi band called “Uci Boi Yawa” was formed by his cousins in the village and listening to them perform always brought a smile to his face.

He said Waikete was blessed because whenever there was a function in the village, there were no problems with entertainment because everyone could sing and entertain.

Senikau said he preferred the way music was recorded in the ’70s to the way production was done today.