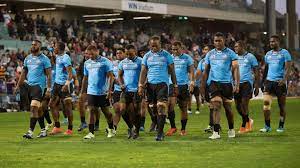 Key members of the national 7s team who are selected in the Fijian Drua squad for the 2022 Super Rugby Pacific competition may have an opportunity to represent the nation in the abbreviated code.

Next year is a big year for 7s rugby with the Commonwealth Games scheduled to be held in Birmingham, England, from July 28 to August 8, followed by the Rugby World Cup Sevens in Cape Town South, Africa from September 9-12.

Tokyo Olympic Games gold medallist Napolioni Bolaca is one the first national 7s reps to be named in the 37-member Fijian Drua squad.

He has pencilled a two-year contract transiting to the full code.

Fijian Drua interim chief executive officer Brian Thorburn said Bolaca’s priority for the next two years would be for the Fijian Drua through the whole Super Rugby Pacific season.

“There is obviously a place in between the end of the Super Rugby Pacific season through to the start of the next season and pre-season, so we will determine what certain players do,” Thorburn said.

“There is the option to be available for 7s, but we will look at it strategically when it comes around.”

Bolaca, a backline utility, has been targeted to mend the flyhalf role for the Fijian Drua.

Fiji Rugby high performance general manager Simon Raiwalui said they had other players in mind for the flyhalf position.

“The great benefit of having Napolioni is that he is a utility backline player. He can play at number 10, 15 or wing.

“Napolioni has played at the highest level in 7s winning gold at Tokyo and being part of the HSBC World Rugby 7s Series.

“He will bring that both on and off the field into the group. Napolioni will be part of the number 10 group, but he will have huge potential in other areas as well.”

The Fijian Drua team is scheduled to depart for Australia next month spending time in mandatory quarantine ahead of its training camp which starts on November 1.