‘61pc have parents laid off, terminated’ 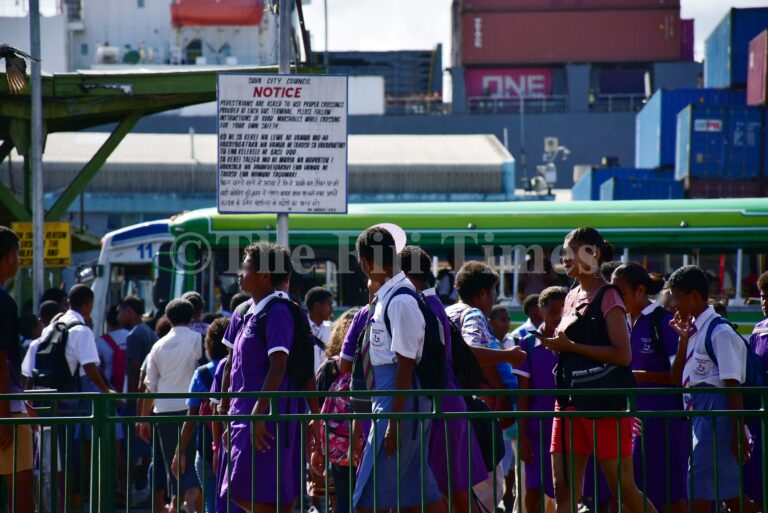 Students board a bus to school at Rewa St, Suva yesterday. Schools opened for classes after being closed for about three months because of the COVID-19 pandemic. Picture: ATU RASEA

About 61 per cent of students from seven schools in the Western Division have parents who have either been terminated or laid off from work.

This, according to a survey by TISI Sangam of students who returned to classes yesterday.

“We surveyed a total of 3085 students from seven schools between Lautoka and Nadroga,” he said.

“Most of these schools were located near tourist hubs like Nadroga and Nadi.

“What we found was that 60.5 per cent of our students had parents who were either terminated or on reduced hours.

“Another worrying figure we found was 45 per cent of the students had parents who were terminated from work.”

He said the survey also indicated a number of students failed to return on the first day of classes.

“We had close to 20 per cent of absentees today (yesterday).

“So these students we will be closely monitoring.”

He said the quick survey was conducted to find out how many students needed the free lunch.

“At the moment, we are opening it to all of our students in our 22 primary schools and five secondary schools.

“This will go on for three days each week for the next six weeks.

“And obviously that will be reviewed but we anticipate the program to run until the end of the school year.” |