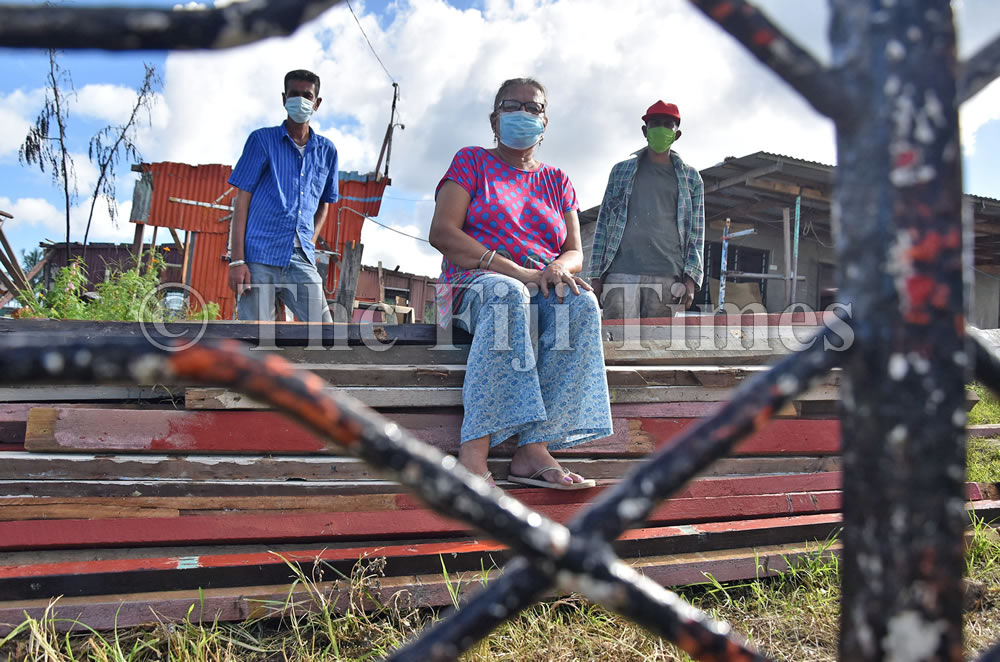 Bimla Wati with her sons Jasvir Singh, left, and Jasprit Singh in front of their partially dismantled house at Sakoca in Tacirua this week. Picture: JONACANI LALAKOBAU

Three families of Sakoca Settlement, Suva who were handed High Court eviction notices are calling on authorities to help them.

Bimla Wati, a 63-year-old widow said she was having sleepless nights thinking about where to go in the middle of the COVID-19 pandemic.

“We have been staying here for past 35 years,” she said.

“TLTB (iTaukei Land Trust Board) gave us a lease in 1984 and since then we have been paying our early rent without fail.”

“The landowner went to court and we have been ordered to vacate before June 22.”

Ms Wati claimed the three families sent emails to the Local Government Ministry and Attorney General’s office seeking assistance but have not received any response.

She claimed Local Government Minister Premila Kumar had assured them at a meeting “sometime back that no one will be evicted and all the families will be given leases.”

Similar sentiments were expressed by another resident, Rohendra Prakash.

“My two sons and a daughter with her two kids are also staying with me,” the 60-year-old said.

“We have been living here for the past 30 years and Minister Premila Kumar told us that we will get a lease but nothing has happened.”

Local Government Minister Ms Kumar has not responded to queries sent to her yesterday regarding the claims made by the residents.