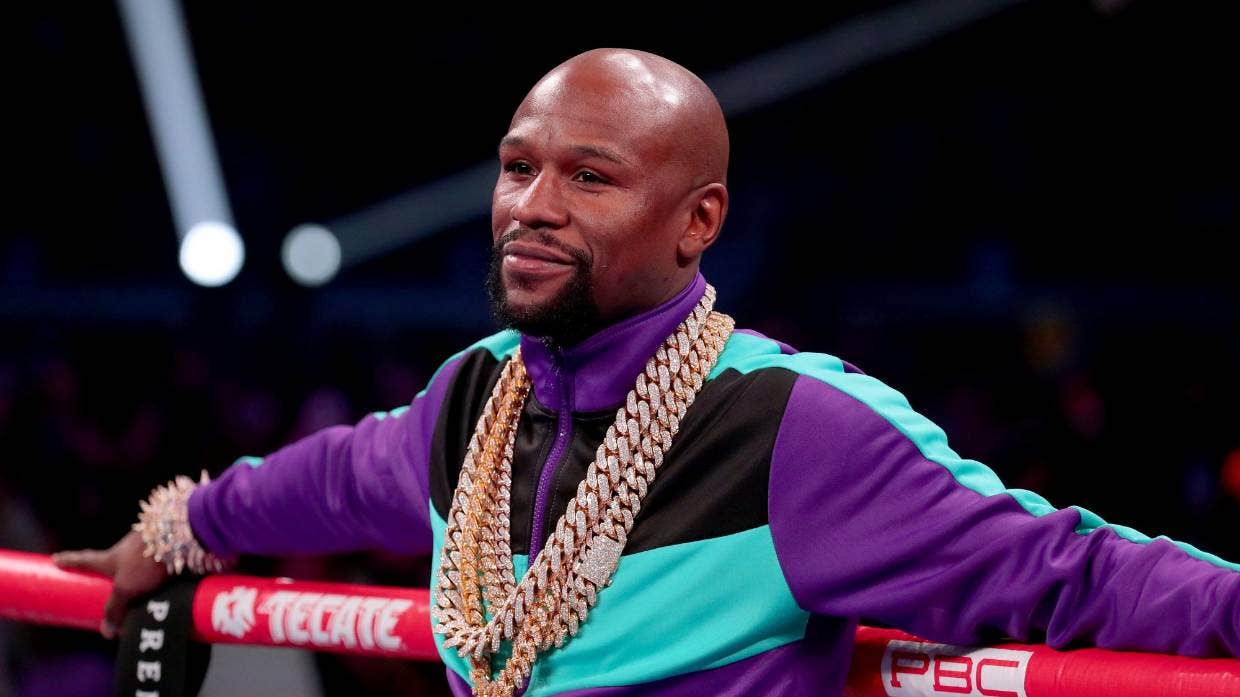 Floyd Mayweather is reportedly set to come out of retirement again to face YouTube star Logan Paul in an exhibition. Picture:STUFF SPORTS

Boxing great Floyd Mayweather is reportedly set to come out of retirement for a bizarre exhibition fight with YouTube personality Logan Paul later this year.

The American superstar hasn’t fought professionally since his 2017 win over Conor McCregor, which took his record to a perfect 50-0, with 27 knockouts.

He also travelled to Japan for an exhibition bout with kickboxer Tenshin Nasukawa in late 2018, earning $13.4 million for two minutes’ work after a first-round KO.

But now the 43-year-old multi-weight world champion is rumoured to be considering a sensational return to face Paul, a controversial figure who has only fought once as a professional – losing a split decision to fellow YouTuber KSI last year.

After that loss, the 25-year-old Paul immediately called out Mayweather for a lucrative showdown – and he may get his wish.

Rumours of the matchup swirled on social media on Wednesday after YouTube star Keemster told his 2.8 million Twitter followers a “boxing insider” had informed him Paul would face Mayweather.

And Keemstar’s tweet was later backed up by The Fighting News’ Mike Feinberg, who claimed to have seen the contract signed by Mayweather to fight Paul.

“Floyd Mayweather Jr is coming out of retirement and has just officially signed a contract to fight in an exhibition match against Logan Paul,” Feinberg said.

“I don’t understand the fight. Logan Paul has tried his hand at professional boxing against the other nobody [that] nobody’s ever heard of before.

“[Paul’s] now 0-1 and he’s going to be fighting one of the best in Floyd Mayweather.

“It’s going to be a joke of a fight, but it’s signed. It’s official.

“I heard it from a reputable source today and even saw the signed picture of the signed contract.

“Floyd signed on the dotted line for this exhibition match.”

After his easy win over Nasukawa, ‘Money’ Mayweather said he was open to future exhibition bouts.

But a report on TMZ suggested the fight with Paul was “far from a done deal” and Mayweather was leaning towards rejecting the offer.

If the fight was to go ahead, it would be one of the biggest mismatches in sporting history, pitting one of boxing’s all-time great’s against a complete novice.

It is also unclear what the weight limit would be, with Mayweather last fighting at the junior middleweight limit of 154lbs, while Paul tipped the scales at 199.4lbs for his cruiserweight contest with KSI.

Despite the size disparity, few will be giving Paul a chance against Mayweather, who earned wins over the likes of Manny Pacquiao, Canelo Alvarez and Oscar De La Hoya during his glittering career.

Lightweight contender Ryan Garcia captured the feelings of most boxing fans when he tweeted: “Prayers going up for Logan” as he mocked the YouTuber’s chances in the fantasy figh