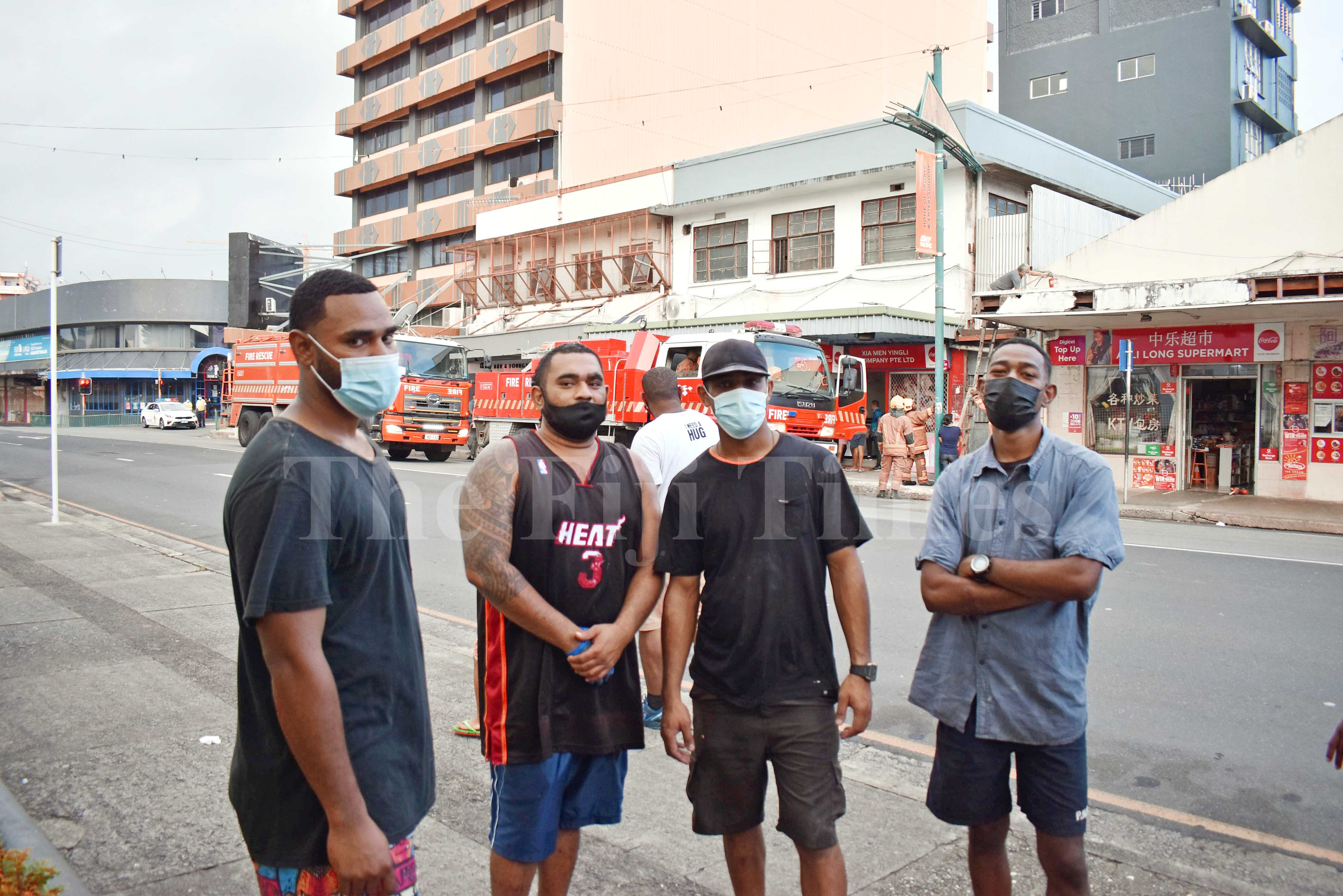 A group of four street-food vendors were hailed as heroes for their courageous and instinctive firefighting skills that stopped a major fire from spreading at a Suva restaurant yesterday afternoon.

The four young men were busy serving customers at their burger and hot-dog stand when they noticed smoke emanating from the back of the Xia Men Yingli restaurant along Victoria Parade at around 5:10pm.

The men quickly left what they were doing and ran across to alert the owner of the restaurant who was unaware of the thick smoke rising out from the back of the building.

One of the men, Simione Bukalidi said they rushed inside the building; each carrying a fire extinguisher.

“It was already smoking inside the building and we could not find the source,” Mr Bukalidi said.

“We used the flashlight on our phones to find where the smoke was coming from inside the building.

“We then looked for the gas cylinders and quickly shut them off.

“When we found one of the exhaust vents, it was up in flames and we used the extinguishers to put the flames out.

“We finally managed to put out the fire with the fourth extinguisher and then we were told that the exhaust vent outside the building was also up in flames and we quickly rushed out to try to put it out.”

The men said they struggled to get on the roof because there were no ladders in sight. 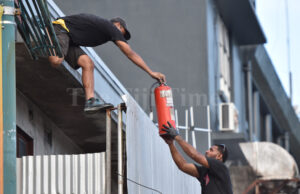 A quick change of extinguishers as Simione Bukalidi and Lawrence Tikoduadua try to put out the fire on the roof of the Xia Men Yingli restaurant along Victoria Parade in Suva yesterday. Picture: RAMA

With the last fire extinguisher, they managed to put out the fire emanating from the exhaust vent outside the building.

The men said the firefighters arrived right after they put out the flames coming from the rooftop exhaust vent.