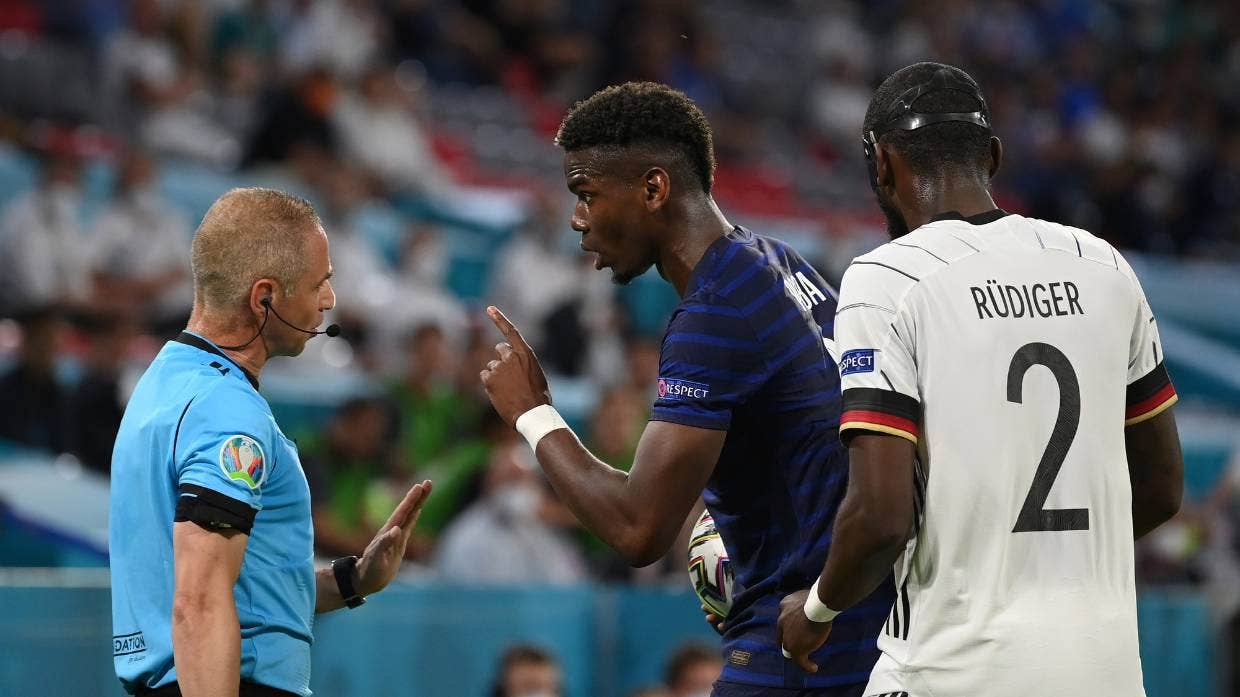 Holding France midfielder Paul Pogba from behind, Germany defender Antonio Rüdiger appeared to open his mouth and lightly bite his opponent’s back.

Pogba said the German “nibbled” on him, and Rüdiger said he regrets doing it.

The incident happened towards the end of the first half during France’s 1-0 win at the European Championship.

“I shouldn’t go like that with my mouth to his back – no question – it looks unfortunate,” Rüdiger said.

“Paul and I spoke very amicably after the final whistle, and he confirmed to me and then again in an interview that it wasn’t a bite, like one or other outsiders said at first.”

The Germany defender had said before the game that his team would need to be “disgusting” to beat the World Cup champions.

And then came that moment with Pogba.

“He nibbled, I think, a little bit on me,” Pogba said after the game. “I felt it, I told the referee, and he makes the decisions, and he took a decision. It’s over. I just want to play football. He hasn’t received any cards. I think it’s better like this.”

Pogba, whose incisive play from midfield helped France win the match, said the incident was “nothing big” and “belongs to the past.”

“I am not crying for cards, you know red cards, because of such actions,” Pogba said, adding he and Rüdiger were friends and had known each other for a long time.

In 2014, Uruguay forward Luis Suárez was retrospectively banned for nine games by FIFA after biting Italy defender Giorgio Chiellini at the World Cup, leaving the Italian with teeth marks on his shoulder.

Rüdiger is unlikely to have left any mark on Pogba and UEFA said Wednesday it was not opening a disciplinary case against the Germany defender.

Rüdiger said before the UEFA decision he did not expect any retrospective punishment for the incident.