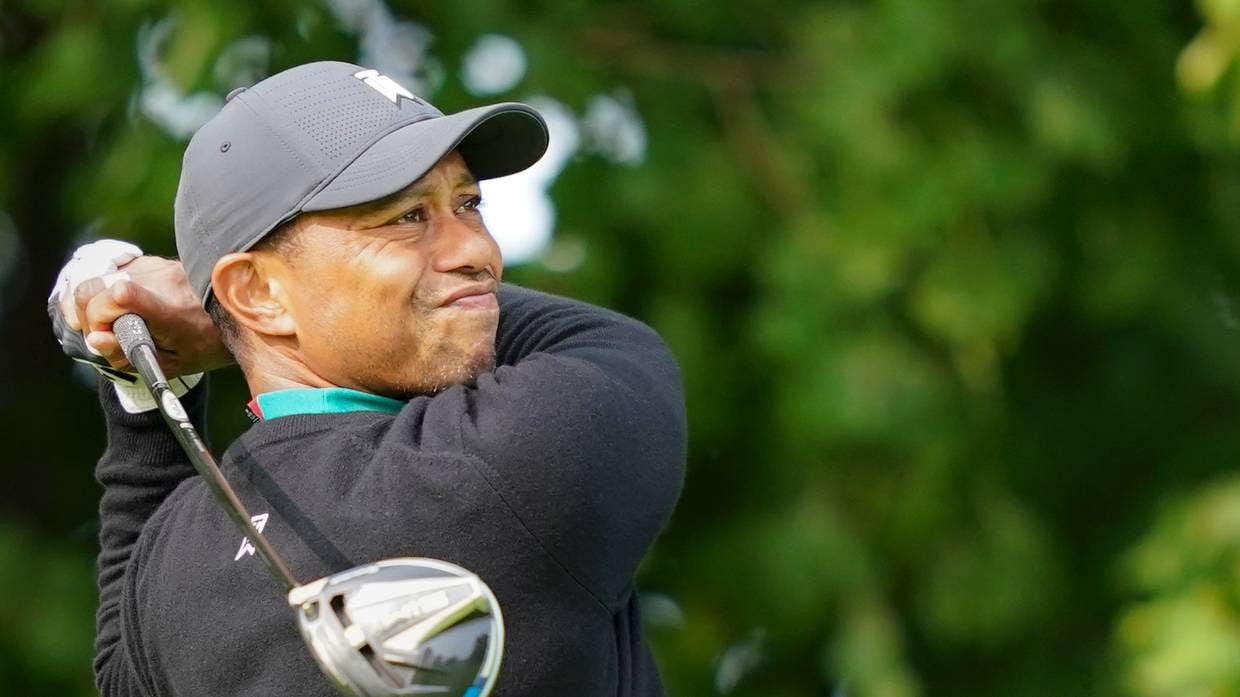 Tiger Woods gets some practice in ahead of the US Open Championship at Winged Foot in Mamaroneck, New York. JOHN MINCHILLO/AP

The last time Winged Foot hosted the US Open, history was made on the Friday night when Tiger Woods missed his first cut as a professional.

Yet as the 15-time major champion reminded us, the scenario was infinitely a more sorrowful landscape than merely a sporting run coming to an end. “I was still dealing with the death of my dad,” he said.

Earl Woods had passed away, aged 74, from cancer six weeks before the tournament. Except it was not just the proximity of the family tragedy that violently gnawed at the son’s soul. Mixed in with the extreme grief of the loss of father who was also his golfing mentor, was annoyance at what he perceived as a failed tribute.

“When I didn’t win the Masters that year, that was really tough to take because that was the last event my dad was ever going to watch me play,” Woods said.

His score of 76, 76 is written in black and white, but it was his expression on the course that more intricately tells the story. The forlorn look, the absence of fight, the resignation … everything we do not associate with this icon with the peerless competitive spirit.

“I was not prepared to play,” Woods said.

One of the great transformations occurred over the next four weeks, although, in fact, this was merely Woods pressing the play button again after his tears had dripped on to the pause key. Woods took in a prep event and then travelled over to Royal Liverpool and put in one of the most disciplined and, yes, “prepared” performances ever to win his third British Open title.

“I was able to do some practising, and do some pretty good grieving after this championship, and played well at the Western Open,” Woods recalled. “And then went on to really play well at the British.”

Indeed, next to his remarkable victory with what essentially was a broken leg at the 2008 US Open and then his resurrection at the 2019 Masters, when essentially winning with a broken body and a broken psyche, those two months 14 years ago explained why this man is a phenomenon. And, of course, it is that mystical quality which makes his candidature this time around so enticing as he returns to the scene of his lamentation.

The point is, Woods in his prime was made for the challenge of Winged Foot, with its demand for strategy, patience and the pinnacle of short-game vision and skill. Circumstance denied him his opportunity in 2006 (for various reasons, the course had not hosted for 22 years) and now reality and that old bugbear Father Time threaten to do the same.

Woods has hardly played this year and not just because of the three-month coronavirus hiatus. Before the pandemic stopped play, he pulled out of three events with a sore back and although the break assisted with recovery from the lingering effects of that spinal fusion three years ago, the rust has done plainly done nothing for his game.

Since the resumption he has played four events and only troubled the scorer in so much as they have to tot up the scores.

Woods has participated in six events this year. On his first, in January, he finished ninth, carrying over a semblance of the form that helped him finish first and fourth in his last two tournaments in October and December in 2019. In his past five starts, spread over eight months, Woods’s best finish has been a tie for 37th. This is a Winged Foot and a prayer for his believers.

“Well, when I won the Masters last year and I was not feeling particularly well prior to that,” Woods said.

“My neck was bothering me. Then all of a sudden I put myself in contention and I got a little bit better, and come Sunday, I put all the pieces together. And I wouldn’t be here if I didn’t think I could win.”