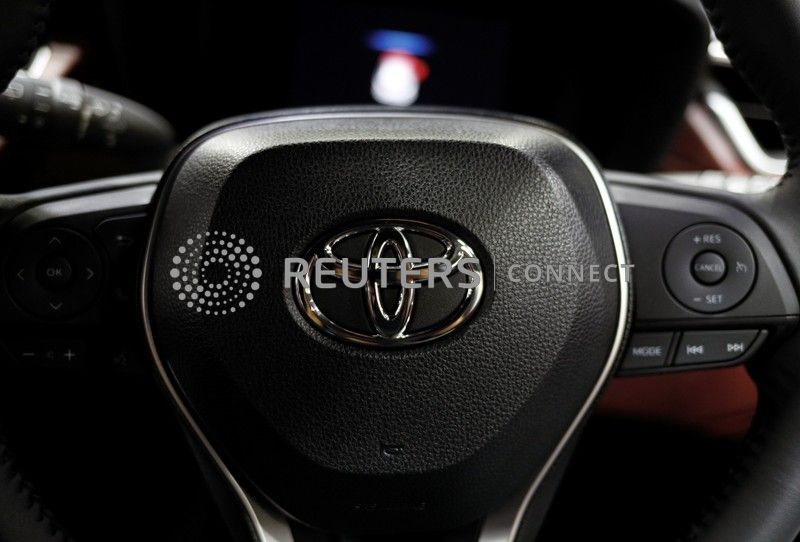 FILE PHOTO: The Toyota emblem is seen on the tyre rim of a vehicle during the media day of the 41st Bangkok International Motor Show after the Thai government eased measures to prevent the spread of the coronavirus disease (COVID-19) in Bangkok, Thailand July 14, 2020. REUTERS/Jorge Silva

(Reuters) – Toyota Motor Corp <7203.T> said Wednesday it has expanded a worldwide fuel pump recall to a total of 5.84 million vehicles for a defect that could cause the part to fail.

The largest Japanese automaker said Wednesday it was adding another 1.52 million U.S. vehicles to the recall that was first announced in January and covers numerous models built between July 2017 through September.

Toyota said the vehicles that have a fuel pump that may stop operating and could result in a vehicle stall, and the vehicle may be unable to be restarted. Dealers will replace the fuel pump with an improved version.