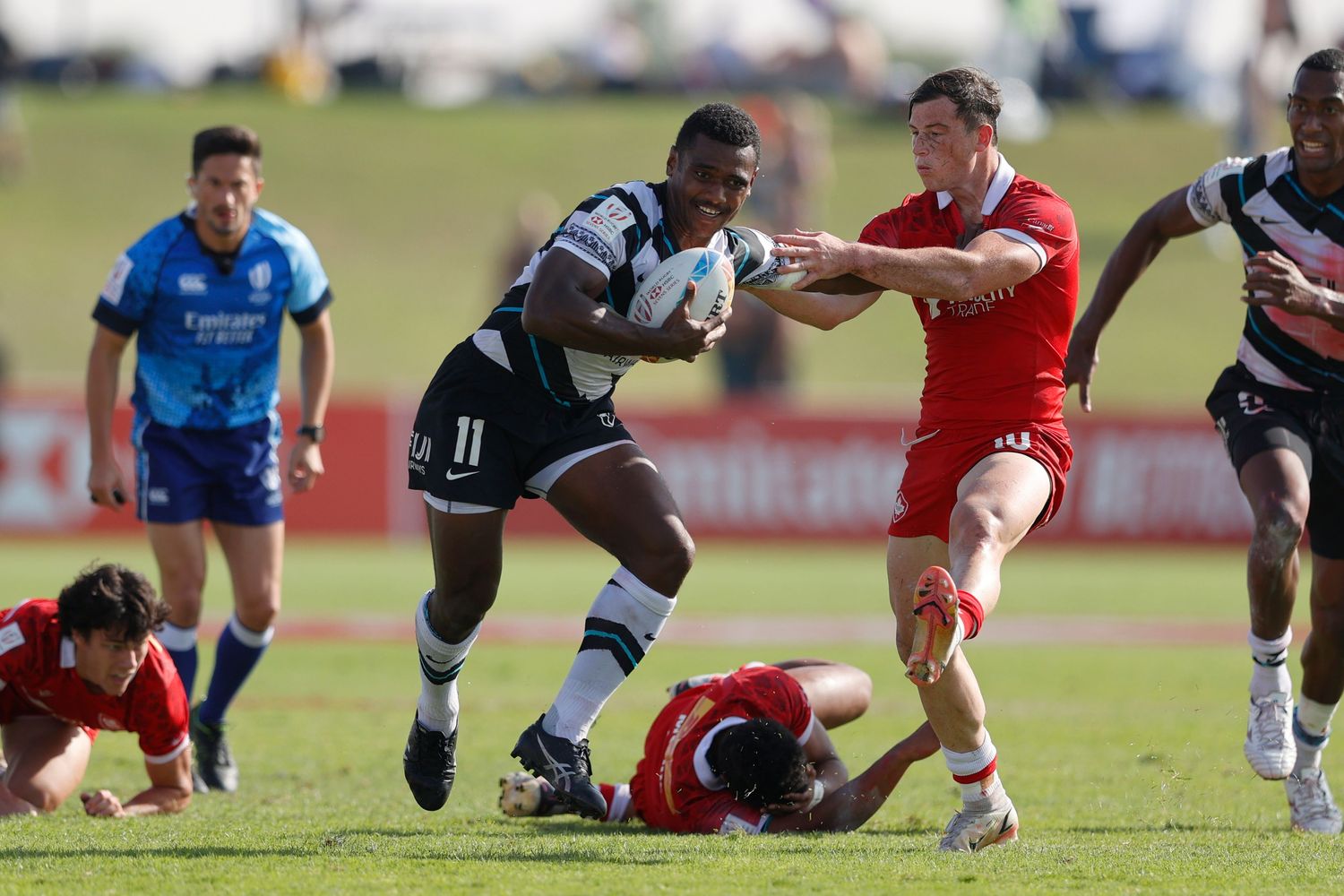 After last weekend’s tournament was played behind closed doors, fans were welcomed back into The Sevens Stadium and they were royally entertained on day one in Dubai on Friday.

And as the stands steadily filled up throughout the day with people donned from head to toe in all manner of fancy dress, the point that past glories count for nothing in the wonderfully unpredictable game of rugby sevens was soon hammered home.

Shock defeats to France and Spain meant that for only the second time in HSBC World Rugby Sevens Series history in Dubai – 2019 was the other occasion – double Olympic men’s champions Fiji failed to make it through to a Cup quarter-final.

Argentina were beaten by Fiji in their final game but they were already assured of top spot in Pool C by then, and ultimately a quarter-final tie against Great Britain.

France’s reward for finishing as pool runners-up is a last-eight date with USA, who finished second in Pool B behind peerless Australia.