Teenagers feared drowned are brothers; yet to be found 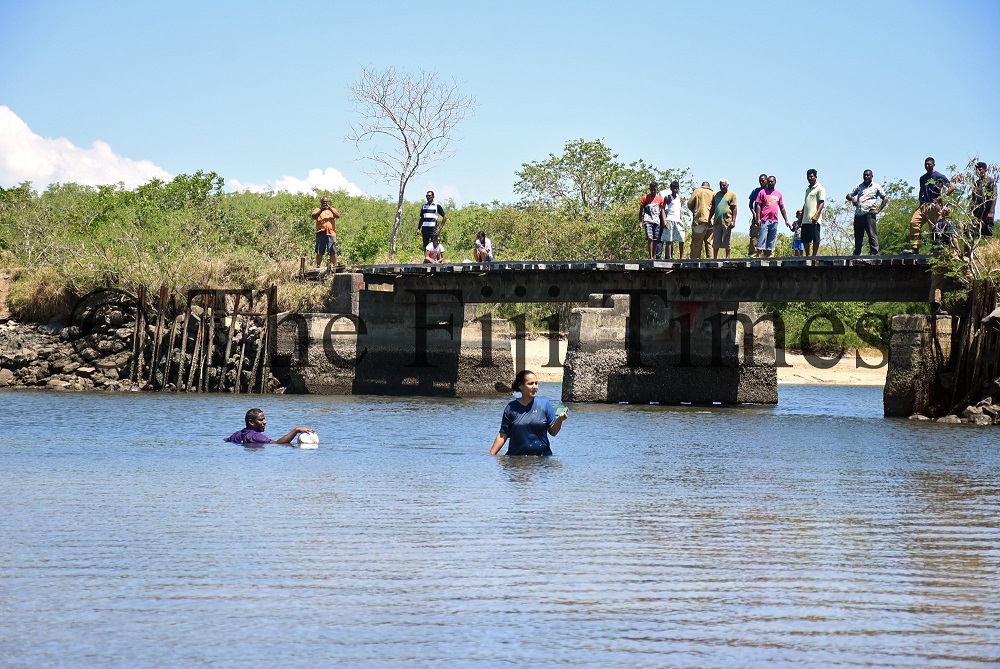 Relatives search for the missing brothers who are believed to have drowned at the Dreketi Feeder Road bridge in Vuda, Lautoka. Picture: REINAL CHAND

The two brothers believed to have drowned in Lautoka are students of Tilak High School.

They have been identified as Shivnil Singh and Shelvin Singh.

It is understood they did not go to school and joined a group of other students to spend the day the Saweni picnic spot.

Initial searches conducted by Police and members of the public suggested the two brothers had ventured into deep waters while playing and were unable to return.

The siblings are yet to be found.

Teenagers believed to have drowned at Lautoka picnic spot