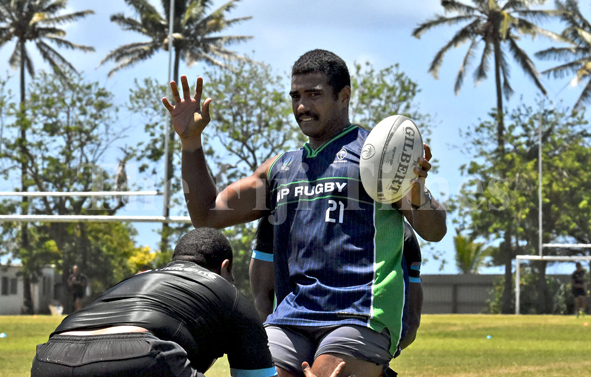 Talatala Tokaibai is among young Fijian rugby players looking for refuge in the sport.

With rugby becoming a haven for players through lucrative contracts, international exposure and test experience, the Vunibau, Serua lad is among players in the Fiji Rugby Union High Performance Unit.

The unit’s academy is a pathway for blokes such as him for future rugby stardom.

“It is a good experience to join the academy where I have learned a lot. I am thankful for the coaches for enhancing my rugby knowledge and what I learned at school level. My skills level is up, but we have a lot to learn and it is good to be part of this academy,” the former Marist Brothers High School student said.

Tokaibai said the inspiration was to keep on playing until the peak of all rugby tournaments, the Rugby World Cup.

“We have the world cup in the next two years. In the short term, we have a program organised for December, the Fijian Warriors and the Fiji under-20. I am looking forward to those, but I have to work hard.”

“This is our normal two-day camp per month for us,” Gadolo, a former national rep said.

“Since the lockdown and the cancellation of few of our international window competitions such as the World Rugby Junior World Championship and the Pacific Rugby Challenge Cup, we are building
into our own tournament in December 13 where we have our school boys, the under-20 and the Fiji Warriors competing in a one-week competition.

This is to mimick few two-day turnaround tournaments and to give the players some rugby mileage.

“We are preparing our pathway players, especially for the next two years. It is fairly important to get some rugby mileage in our players. The schools boys, we are updating their vaccination through our programs and once we come to the second week of December, we have 70 of our school boys who have been announced to come into training and attends camps.”

Gadolo and his team had their training sessions at Bidesi Ground in Suva yesterday.