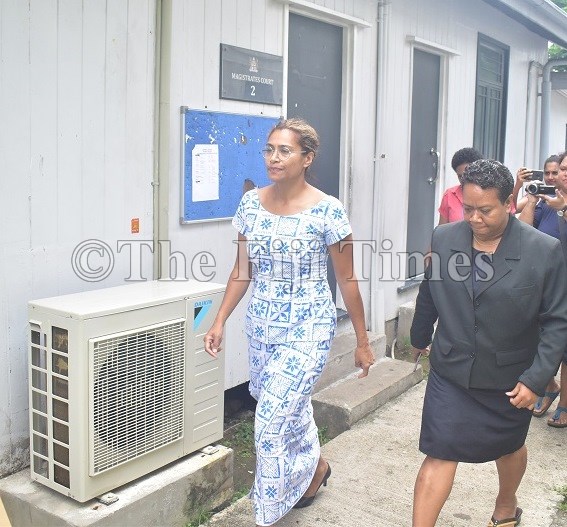 SODELPA member of Parliament Lynda Tabuya was produced at the Suva Magistrates Court this morning.

Ms Tabuya pleaded not guilty to the charge of Malicious Act Contrary to Section 15 (a) of the Public Order Act 1965 before Chief Magistrate Usaia Ratuvili.

Prosecution objected to bail on the grounds the matter was of national interest.

Defence lawyer Filimoni Vosorogo told the court, Ms Tabuya had been kept in custody for more than 48 hours and should have been produced last Saturday at the Suva Magistrates Court.

Mr Vosorogo said Ms Tabuya was a not a flight risk and had vast community ties.

He said the charge was summary in nature and emphasized that she was a mother of three and needed to be with her children during the curfew period being implemented from 10pm tonight.

The case has been adjourned to 2.30pm for bail ruling.