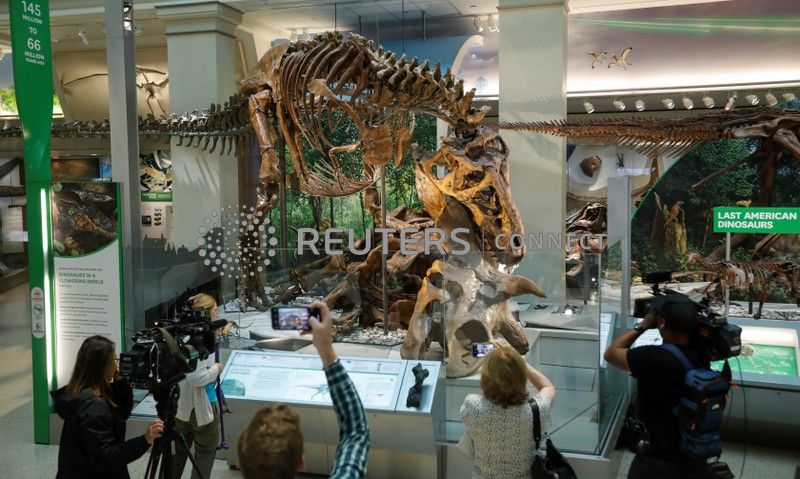 A Tyrannosaurus Rex skeleton is seen during a media preview for the reopening of the Smithsonian’s Natural History Museum dinosaur and fossil hall after undergoing $110-million renovation in Washington, U.S., June 4, 2019. REUTERS/Kevin Lamarque

WASHINGTON (Reuters) – A dramatic scene from the twilight of the age of dinosaurs – a T. rex feasting upon a horned plant-eater named Triceratops – will greet visitors when an ambitious new fossil hall opens on Saturday at the Smithsonian Institution’s National Museum of Natural History. Construction of the hall at the federally administered […]