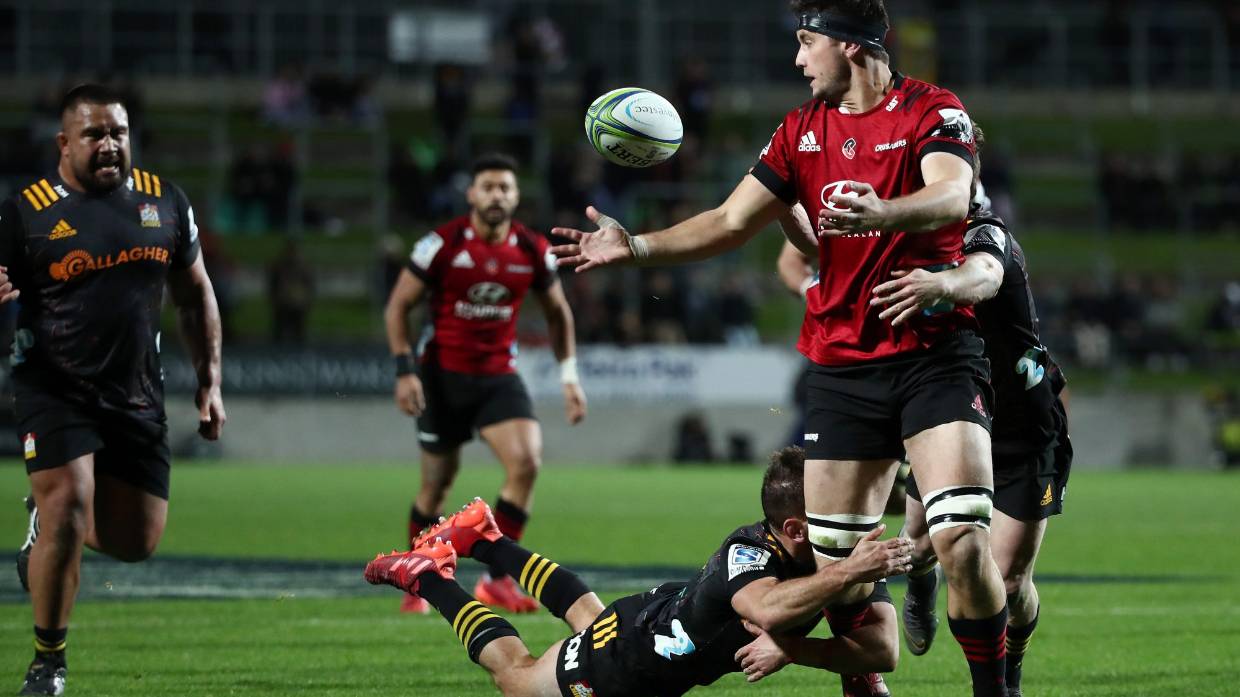 Quinten Strange’s juggle proved a big turning point in the Crusaders’ win over the Chiefs in Hamilton. Picture: STUFF SPORTS

The Crusaders have one hand on the Super Rugby Aotearoa title after a bounce-back win in Hamilton, as yet another controversial refereeing call thwarted the Chiefs’ chances.

The three-time defending Super Rugby champs marched to a 32-19 bonus-point win at FMG Stadium Waikato on Saturday night, in a five-tries-to-one victory that now puts them seven points clear of the Blues with two games to play, and was a fitting celebration for Sam Whitelock’s 150th match for the franchise.

On the other side of the coin, it was a miserable way for Aaron Cruden to mark his 100th game for the Chiefs, as his side, playing for nothing but pride, notched up their eighth successive loss on this horror streak.

Almost unbelievably, considering their already remarkable luckless run with the referees, the Chiefs copped a shocking call on the Crusaders’ fourth try of the night, to Sevu Reece in the 61st minute, which sent them on their road to defeat.

Trailing just 20-19 as Damian McKenzie’s accurate, and Richie Mo’unga’s not so accurate, boots kept the teams tight, the hosts looked to have survived a close one, as Will Jordan’s inside ball to Quinten Strange was dropped forward, before Reece swept to score.

Referee Ben O’Keeffe went to TMO Glenn Newman to check the direction of Strange’s drop and while the ball ended up behind the replacement lock, his momentum had taken him past the ball and it seemingly clearly travelled toward the Chiefs’ line.