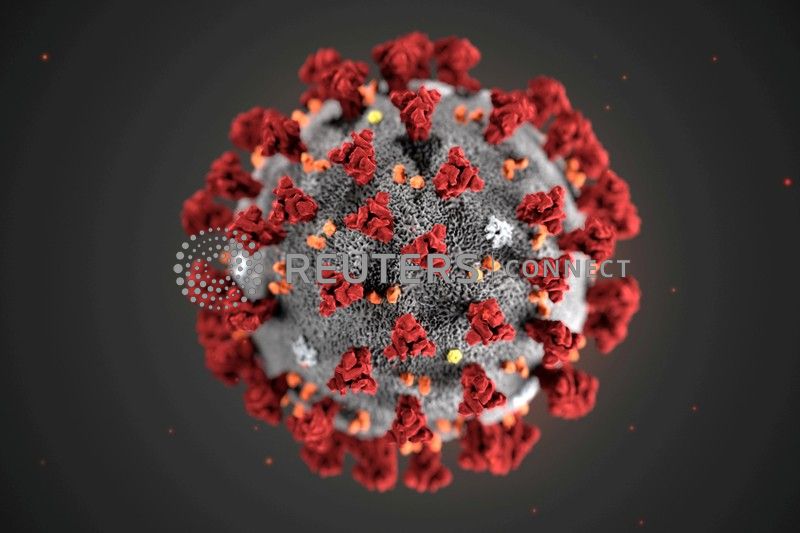 FILE PHOTO: The ultrastructural morphology exhibited by the 2019 Novel Coronavirus (2019-nCoV), which was identified as the cause of an outbreak of respiratory illness first detected in Wuhan, China, is seen in an illustration released by the Centers for Disease Control and Prevention (CDC) in Atlanta, Georgia, U.S. January 29, 2020. Alissa Eckert, MS; Dan Higgins, MAM/CDC/Handout via REUTERS

LONDON (Reuters) – Deaths from HIV, tuberculosis and malaria could surge in poor and middle-income countries as already weak health systems grapple with severe disruptions from the COVID-19 pandemic, according to a predictive study published on Monday.

Over the next five years, deaths from the three diseases could rise by as much as 10%, 20% and 36% respectively – putting the mortality impact on a scale similar to the direct impact of the coronavirus pandemic itself, the modelling study found.

“In countries with a high malaria burden and large HIV and TB epidemics, even short-term disruptions could have devastating consequences for the millions of people who depend on programmes to control and treat these diseases,” said Timothy Hallett, a professor at Imperial College London who co-led the work.

He said the knock-on impact of COVID-19 could undo some of the significant progress against these diseases made over the past two decades, “compounding the burden caused by the pandemic directly”. But the risks could be mitigated, Hallett said, if countries strive to maintain core health services and deploy preventative measures against infections.

Published in the Lancet Global Health journal, the study – which used disease-modelling projections to map out possible COVID-19 pandemic scenarios – found that the greatest impact on HIV would be from interruption to supplies of the antiretroviral AIDS drugs taken by many patients to keep the disease in check.

The United Nations AIDS agency and the World Health Organization warned last week of such stock shortages, with more than a third of the world’s countries already saying they are at risk of running out of antiretrovirals.

With malaria, the study found the largest impact would be due to disrupted distribution of insecticide-treated bed nets, which protect millions of people from becoming infected by malaria-carrying mosquitoes.