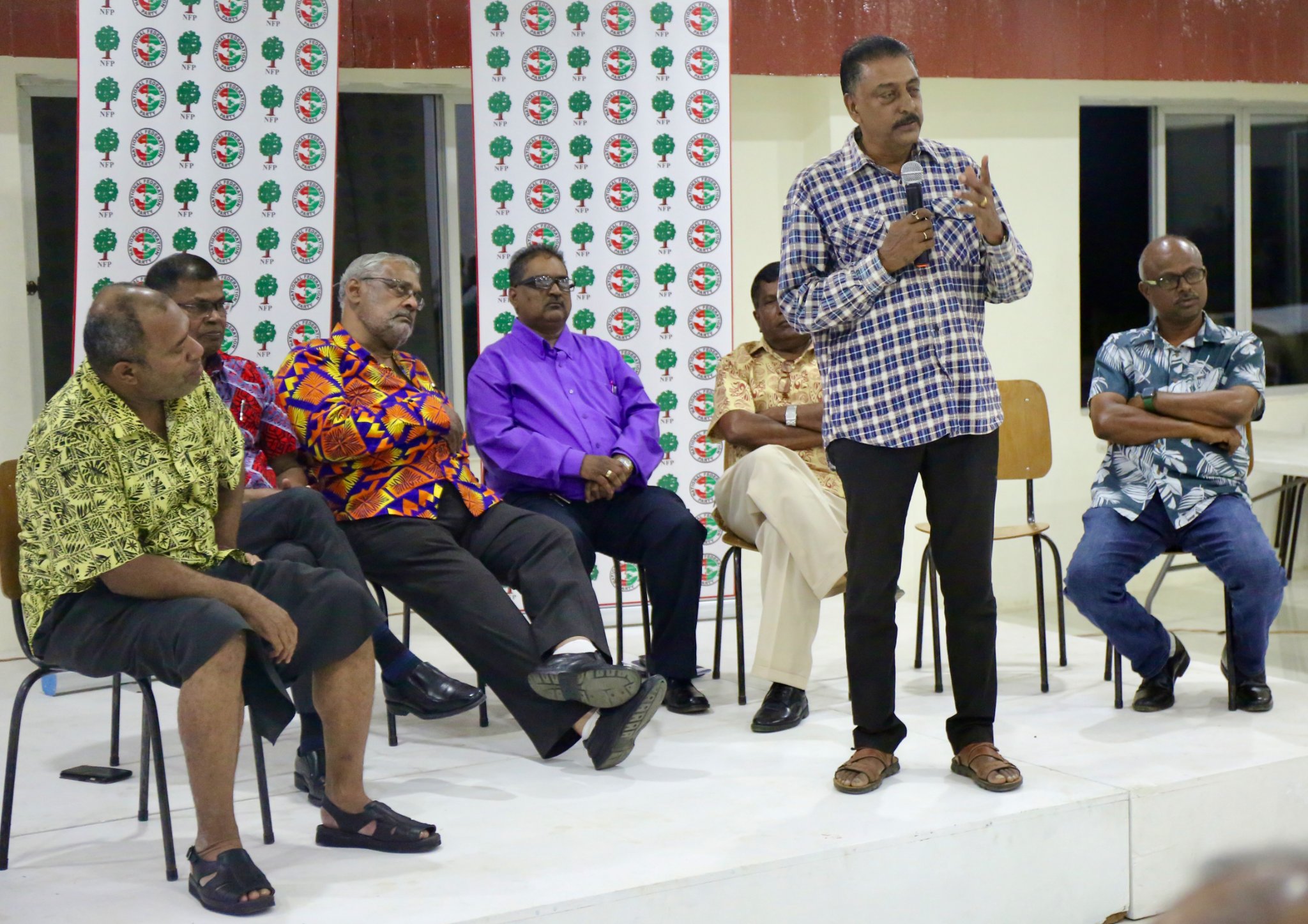 NFP aspiring candidate for the 2022 General Election, Prem Singh at the party's meeting in Malolo on Monday night. Picture: SUPPLIED

Speaking at a meeting in Malolo on Monday night, he said there were 33,000 Fijians of Indian descent in Nadi alone.

“The elections could be won by National Federation Party right here in Nadi,” he said.

“In the last elections we had about 10 per cent of these votes come our way. “But the scenario is changing.

“The Government knows that and that’s why we see the Attorney-General spending weekends in Nadi.

“The way the ministers are scurrying to Nadi tells us something.”

Mr Singh, lawyer Dorsami Naidu and businessman Janend Vikash were announced as aspiring candidates for the NFP at the Monday night meeting.