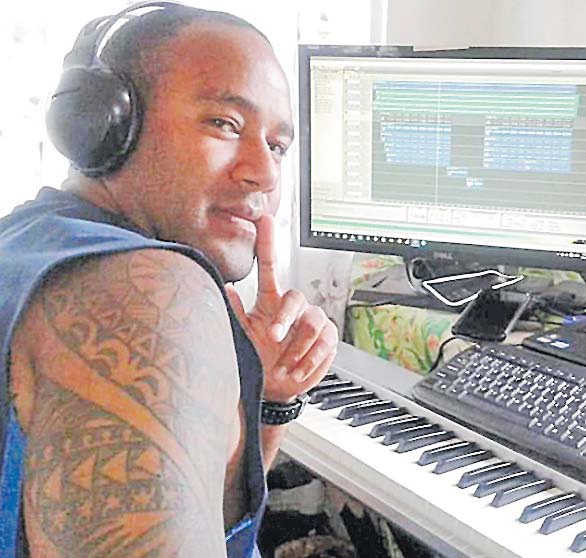 Lenati Vatuwaliwali Ramokosoi is a self-taught pianist who started playing the piano in Class 4 (Year 4). Ramokosoi did have a unique ability that influenced the way he played — he had a photographic memory.

Most musicians use music sheet to help them play as for him once he plays he is able to play any piece flawlessly without using sheet music or the notes in general.

Originally from Kuku, Bau in Tailevu, Ramokosoi, 36, says he did not go through any formal music class, in fact he self-taught himself all the keys.

Growing up while kids his age were busy playing marbles outside, he would spend hours on his keyboards figuring out the setting and working out the sounds.

At church, he would sit next to keyboard players, listen to the keys used, and watch them as they played.

Curious to learn more about the keys, he would go home and recreate the same sound on his keyboard and it did not take long for him to master the piano and started playing in church.

His father who he said was his biggest supporter found out about his love for music and bought him a small Casio keyboard.

“Being my first keyboard, I nearly broke all the keys so my father bought me a bigger one — a Kawai brand, unfortunately, this one did not last either,” Ramokosoi said.

In 1993 he said his grandfather bought him a Yamaha PSR4000 keyboard (one of the latest models on his birthday).

“We had a singing group as siblings. I would play the keyboard while my sister and younger brother would sing.”

People found out about his talent and before he knew it he was at the South Pacific Recordings with a gospel group known as Soqali Gospel doing his first recording.

“It was my first time in the big studio. They have big studios with rooms for vocals, drums and I was in awe of the whole setup.

“My young mind was intrigued and fascinated by this whole extension of the music industry.”

In 1999, Ramokosoi attended Natabua High School and was asked to play the school piano during the school assemblies by the assistant principal.

“As a shy, small, frail-looking Year 9 student, this was an unnerving experience, but when I touched those keys, everything faded to black and I was in my zone.”

This he said became a norm during assemblies.

“I was a boarding student so on some Saturday nights – the boys would crowd around the piano and they get to sing their favourite songs and even have mini-concerts or just sing to ourselves.”

Since he’s a fast learner, he says he usually plays by ear, hears a song once and works out the keys.

From Natabua High School Ramokosoi moved to Fulton College in 2001 where he was fortunate to have been part of a gospel music group that represented the school and toured New Zealand.

He said they had concerts all over the North Island, from Auckland to Wellington and as the keyboardist and main musician and there was a lot of pressure on him, especially during the live concerts. “I had to memorise keys and progressions for 20 plus songs.

“And performing overseas in front of hundreds, sometimes thousands it was an unnerving experience for me as a young keyboardist from the islands but then again, when I touched the keys, I was in my zone.”

After completing high school Ramokosoi moved to Papua New Guinea where he attended the Pacific Adventist University (PAU) where he was exposed to programming music on computers adding that 2003 and 2004 were the early years of music productions on computers.

“I was engaged in the university’s multimedia department, and there I learnt the ropes on audio and video productions.

“I am indebted to my supervisor at the time, Stephen Vele who taught me the basics.

“I would spend hours learning by trial and error, playing around with different settings. He pointed me in the right direction.”

At university, he said he produced several albums and joined a singing group called.

The Oikos — the Greek word for family.

“We did a few concerts in Papua New Guinea.

“The Fijian boys got an offer to do a jingle for PNG Ports Authority. I produced it. It was a 60 seconds jingle.

“We did it within an hour and were paid handsomely for it.”