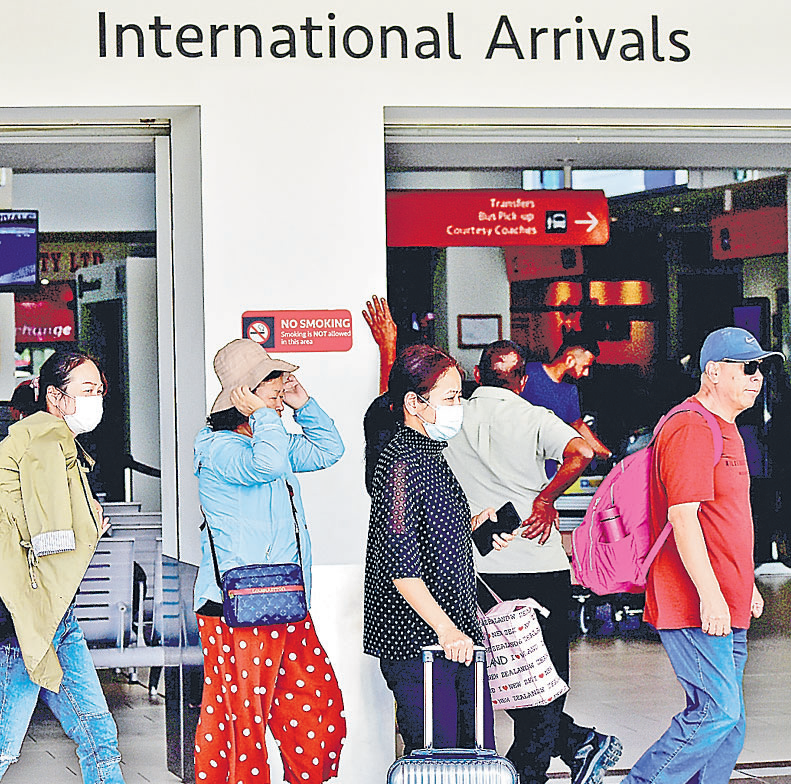 Tourists at the Nadi International Airport before the borders were closed. Picture: FILE/BALJEET SINGH

Fiji sets the date for the reopening of international borders

IN Fiji, there have been further relaxations to domestic public health measures. This includes a return to school for students in Years 12 and 13 from November 1st. In addition, the government has announced that the reopening of international borders will be brought forward to November 11th.

Prime Minister Bainimarama announced that people arriving from designated “travel partner” countries would be able to enter the country. Fiji will operate a “no jab no fly” policy.

There will be a range of conditions applied to people arriving in the country depending on whether they are holidaymakers, returning residents or visiting friends and family Whilst this will be welcome news for the beleaguered tourism industry, it is likely that it will be members of the Fijian diaspora who will be first to take up the opportunity to fl y to Fiji.

New Caledonia looks past the recent surge in COVID-19 cases

THE recent spike in cases of COVID-19 in New Caledonia has increased the number of cases to over 9000. There have been more than 200 deaths. Even so, the government has moved to relaxing restrictions and reopening the economy. The public can enter businesses and other venues on condition that the present a “health pass” to confirm their vaccination status.

The French Foreign Minister, Sebastien Lecornu, has arrived in New Caledonia. He has said that the third referendum on independence on France would go ahead on December 12.

He maintains that only an “out of control” outbreak of COVID-19 would justify deferring the poll until next year.

This suits the anti-independence bloc but will be a disappointment for the proindependence side who want more time to mobilise support before the vote. Under the terms of the Noumea accord, the third referendum must be held by October 2022.

THE United Nations Council on Human Rights has voted to appoint a Special Rapporteur on climate change on human rights. This is another achievement for climate diplomacy by Pacific Island countries. Fiji and Marshall Islands were part of the core group that lobbied for the creation of this position.

The other members were the Bahamas, the European Union, Panama, Paraguay and Sudan. The group of seven members presented the resolution at the UNHCR meeting.

It was passed with 42 votes in favour and one against. There were four abstentions. Ambassador Doreen de Brum of Marshall Islands said the creation of this mandate would promote countries’ ability to work together to address the impacts of climate change.

Fiji’s spokesperson described this development as a “critical contribution” and said it came at a very timely juncture in the immediate lead-up to the COP26 summit in Glasgow.

A TWO-YEAR investigation by Global Witness has led to a damning report that was published recently.

These companies have been responsible for the clearing of thousands of hectares of forest in PNG to clear land for palm oil plantations. In the report, many instances of corruption and human rights abuses are documented. They include instances of abusing workers and paying off police units to intimidate local communities.

There has been some pushback from those named in the report as having committed these abuses.

They point to things such as provision of “essential services” to rural and remote communities in PNG.