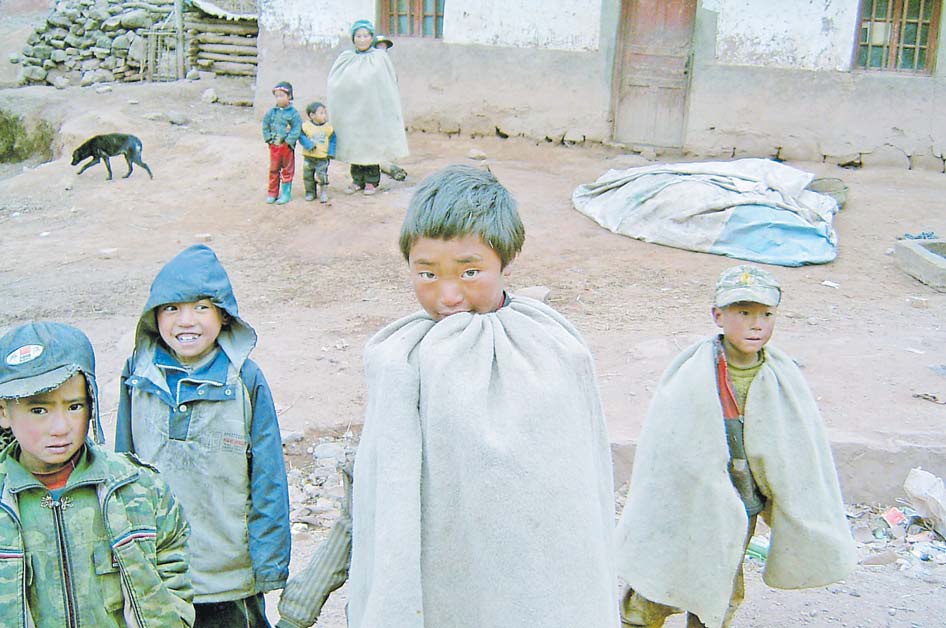 In 2019, I lived in Liangshan, one of the poorest regions in China, and worked as a primary schoolteacher for one semester.

This region has received a lot of attention as it is an important focus of China’s goal to fully eliminate poverty.

Yet even with large support from the central and local governments, local living condition remained shocking. Can the region ever catch up?

Can education provide a way out of poverty?

The village school I volunteered for is in Meigu County, which is still part of China’s national poverty alleviation and development program.

About 98 per cent of the county’s population are Yi people.

Most rarely interact with Han people (my own ethnic group, and China’s majority) because of isolation, language barriers and cultural differences. The houses in the village are built with mud.

Strings of corn are hung from the roof as a means of storage.

The houses appear big from the outside, but provide little living space as potatoes and corn are piled in every corner inside.

The houses normally consist of one large room, with beds along the walls.

The interiors are generally gloomy.

Even houses with an electric lightbulb are dimly lit, with the single bulb parsimoniously concentrated on a giant pot in the centre of the house.

People chat, eat, and study around this pot, sitting on tiny stools or on the dusty ground.

Yi families are quite big, with seven to eight children on average.

When some family members move to the city to work, their relatives can become quite wealthy by local standards.

They can afford to raise pigs and horses, have a TV and some furniture, and access more varied food rather than always eating potatoes dipped in spices.

Still, they are by no means well-off by the standards of urban Chinese such as myself.

Families with young children are vulnerable to accidents.

The father of a well-performing student had a severe work injury.

He had to be hospitalised for months but received little compensation.

The child’s mother needed to take care of him at the hospital.

Consequently, the 12-year old boy, the eldest in the family, had to drop out of school and started running errands to feed the whole family.

My school sat on the top of one of the mountains, about a 40 minute drive from the nearest small town.

My colleagues and I lived in the school grounds and only went down to the town to shop once a fortnight.

We spent most of our time up on the mountain.

When the weather was nice, we could see miles of farmland planted with corn, potatoes, carrots, and some bitter-tasting cabbages.

But most of the days the mountains were covered in fog.

The paths would become so wet and muddy that I would stay inside, but, for many students, walking in the mud for up to two hours to get to school and staying wet for the rest of the day was a part of normal life.

When I left the school, I gave away pretty much all of my personal belongings, other than some clothes that were too worn out to be donated.

Yet later other teachers told me that some students dug these clothes out from the garbage bin.

Those students might not need the clothes, but they are accustomed to finding things of value from what departing volunteers discard.

As a result of China’s ambition to eliminate poverty by 2020 (this year!), Liangshan receives a lot of financial support and political attention.

Its development is indeed rapid and impressive.

Cement roads are paved deep into the mountains; streetlights brighter than the in-house lights have been installed; a stable cellular signal is available; sheep pens are being built everywhere.

Nonetheless, the deeper determinants of poverty endure, including geography, climate, and isolation.

My school enjoyed access to the internet, electricity, and water.

Even so, power and water cuts were frequent, especially in winter.

Most families farmed for selfsufficiency, and domestic crops and livestock were rarely sold.

The best form of income for the villagers is remittances from those who migrate to the city to work.

Given this, education is key. That is the topic of my next blog.