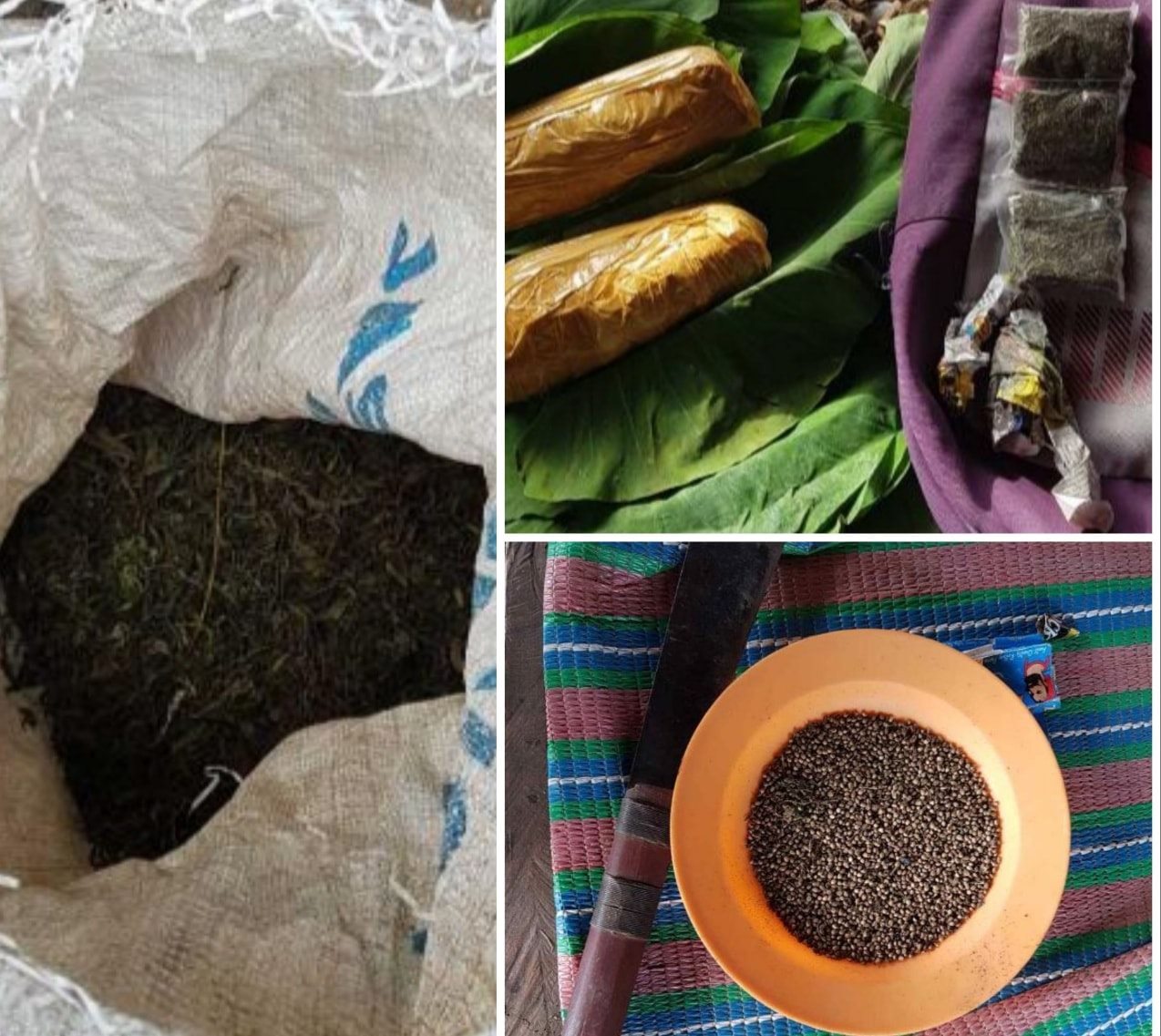 Drugs seized during a raid from the home of a farmer of Loa Village in Cakaudrove. Picture: SUPPLIED/FIJI POLICE

The Fijian Police Special Response Unit seized more than 30 plants confirmed to be marijuana from a farm in Cakaudrove on Vanua Levu.

Police said the raid was conducted on the farm that allegedly belonged to a 41-year-old man of Loa Village.

The man has been charged with one count of unlawful possession of illicit drugs and he will be presented in the Labasa Magistrates Court today.

During the raid this week, Police also allegedly discovered more than 100 sachets and green leaves wrapped in a newspaper.

Police have acknowledged members of the public for sharing information resulting in the successful raid.