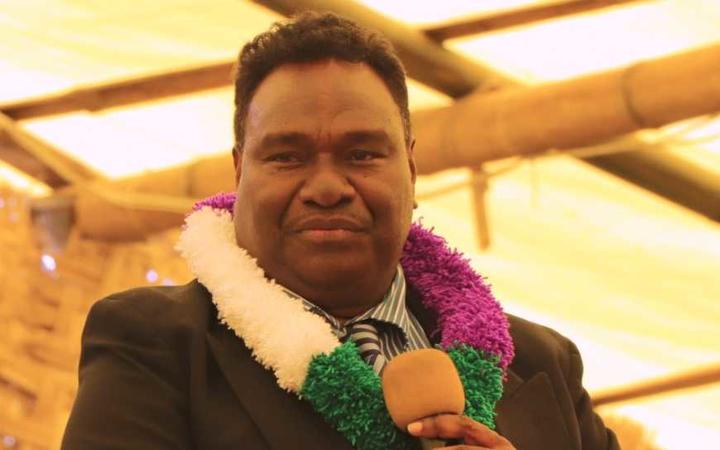 This follows a damning international NGO report into the state of human rights in PNG.

Human Rights Watch’s annual summary on PNG says little was done in the past year to tackle corruption, police abuses and domestic violence.

Its Deputy Director for Asia, Phil Robertson, said that despite a change of prime minister in PNG last year, progress on human rights had still been too slow.

He said PNG had not really worked to dig itself out a the hole it was in, and it was only getting worse.

“We are talking about a very desperately poor country, one where there’s a lot of violence committed with impunity, where women are particularly affected, as well as children. Forty percent of the population still lives in poverty, and this is a very resource rich country.

“Twenty-five percent of the children are not in school, and our estimate was one in thirteen have died of preventable disease.”

But PNG’s Justice Minister and Attorney-General, Davis Steven, said he was concerned the NGO had ignored various efforts on human rights by a new government which was working to usher in reforms.

Mr Steven, who is also deputy prime minister, said concerns about corruption played a part in the change of government. According to him, the new administration is continuing to work with the United Nations and the European Union on areas concerning human rights.

“Also, there is a very concerted effort with our development partners, including Australia and New Zealand, on certain fronts to build capacity within the law and justice sector to be a lot more focussed on our human rights efforts.”

Mr Steven said he was saddened by the negative implications in the report by the NGO, which he said should know that PNG was also preparing to establish a national Human Rights Commission.

“Our government in the past six months has actually pushed it to the point where it is now before Parliament. It (Parliament) sits in February, and I’m very confident that this group of leaders will pass the ICAC bill,” Mr Steven said.

In an effort to eradicate politicisation of the force, as well as abuses by police, the outspoken government critic and opposition MP Bryan Kramer was appointed police minister.

Furthermore, Police Commissioner Gary Baki was removed – he was recently replaced in a permanent capacity by David Manning.

Mr Manning admitted that members of the constabulary had become disillusioned and discouraged over the years. The police chief said he and the minister had developed a formidable team, which he was confident would rebuild the force.

“Not just for the fiscal assets of the constabulary. We also have to get out mindsets in order. We need to rebuild our command and control mechanisms, and reinstill discipline. This is a huge task but achievable with the co-operation and commitment of all our senior officers.”

Since Mr O’Neill was removed from power, several high-profile arrests have been made in corruption cases, including that of the Electoral Commissioner and the Secretary of Education.

There were renewed efforts to arrest Mr O’Neill himself over his involvement in an alleged corruption case, although as with previous efforts, these fell short in a vortex of legal challenges.

However, the head of the National Fraud and Anti-Corruption Directorate within the police force said it was starting to make inroads on corruption.

Matthew Damaru said that before the change in government leadership, his unit was critically under-resourced.

“The funding has been a big impediment to our investigations, especially in the fight against corruption. But towards the end of last year we had a new commissioner appointed, and I think we are heading in the right direction, working together with the commissioner to address corruption in the country.”

“How are they going to change the attitudes of a society to encourage girls to be sent to school, and to say that women should not be beaten as a standard part of a marriage?

“These are things that are the sort of things that may require a longer period of time, but it’s going to involve human rights sensitisation and support from UN agencies and governments that care about these things, and from the international community.”

Yet Mr Steven suggested the NGO lacked understanding of the cultural context in PNG when criticising it for treatment of females.

The deputy prime minister cited gains made by the O’Neill-led government to have more girls enrolled in schools, saying this drive was continuing under the new administration.

“Through our government’s education policy drive, we’ve now started to see a balance in the attention being given to our female children where education is concerned.

“Our budget focus for example under the law and justice sector now has the biggest spending on the challenge that we face to deal with complaints of violence against women.”

The minister said it was misleading to say the government was ignoring – or complacent about – human rights issues.

No one is saying that change on these issues can happen overnight in PNG, but the government and Human Rights Watch clearly have different ideas about the required rate of change.