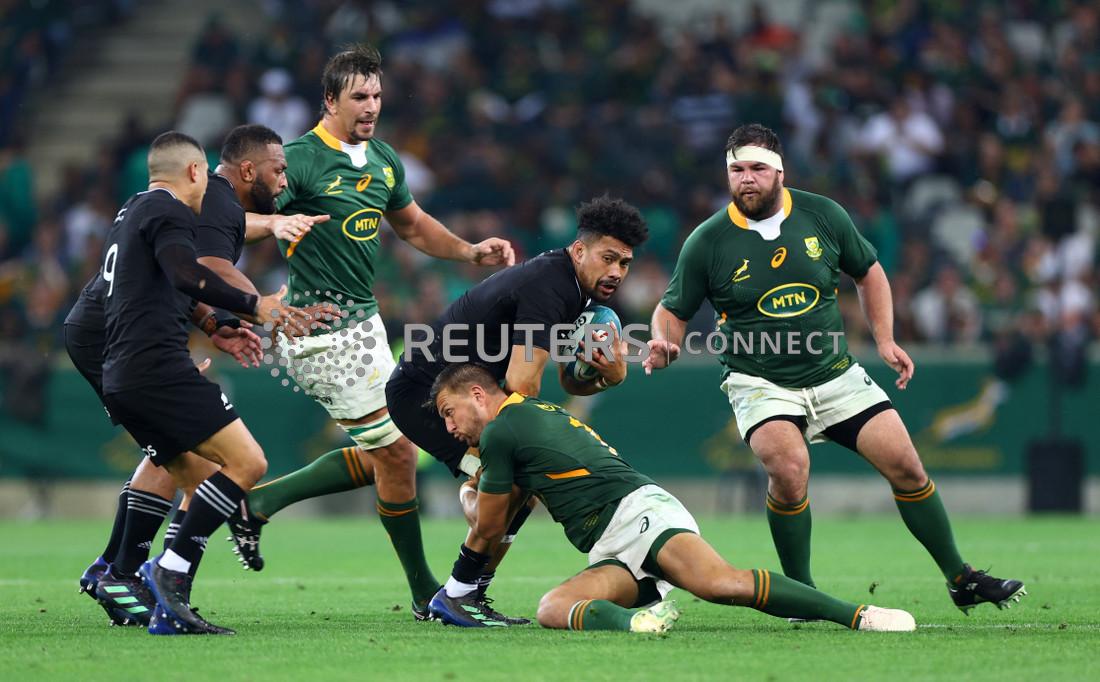 (Reuters) – All Blacks forward Ardie Savea insisted Ian Foster has the full backing of his players after their 35-23 win over South Africa in Johannesburg on Saturday eased some of the pressure on the embattled coach.

Foster’s position at the helm of the three-time world champions has been called into question following a run of five losses in the previous six games, but Savea stressed the entire squad continue to support the former flyhalf.

“For me personally, that is my coach and I back him 100 percent, side-by-side,” said Savea.

“He’s a great coach and he’s got great coaches beside him, who back him fully, 100 percent. And I hope everyone that listens, that reads this, backs us.”

Despite the impressive nature of the victory at Ellis Park, the All Blacks sit on the bottom of the table with four points from their first two games in this year’s Rugby Championship.

New Zealand have only failed to win the four-nation tournament on two of the nine times it has been played since it was launched in 2012.

“With our sport there’s always doubters and a bit of negativity but that’s okay, because it makes everyone better,” said Savea.

“And people care. Our fans care. The media care. Which is fair.

“But we have got to stand up and do our job and I’m just happy we did that tonight.

“When people go through adversity, when they are stuck in the trenches, there are some things that come out and you don’t know what helps us to come out of that and that makes us special.

“So today that was it, but it’s only a start. We’ve won one out of two games (in the Rugby Championship). We’ve got to keep going.”