Oil falls for fifth day as coronavirus spreads outside of China 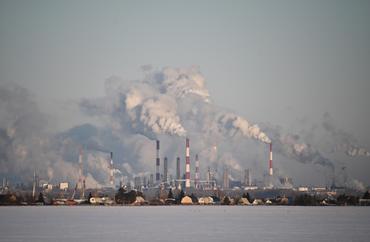 TOKYO (Reuters) – Oil prices fell for a fifth day on Thursday to their lowest since January 2019 as a growing number of new coronavirus cases outside of China deepened fears that the global economy will slow and lower crude demand.

On Wednesday, the number of new coronavirus infections outside China exceeded the number reported in China, the source of the outbreak, for the first time ever. Italy and Iran are emerging as new epicentres of the rapidly spreading illness.

President Donald Trump assured Americans on Wednesday evening that the risk from coronavirus remained “very low”. However, Asian share markets fell on Thursday morning, as investors fear the coronavirus spread will disrupt the global economy as quarantines and other measures to halt its advance slow trade and industry. [MKTS/GLOB]

“Speculations that coronavirus may spread in the United States prompted a series of fresh selling,” said Kazuhiko Saito, chief analyst at Fujitomi Co.

The U.S. government reported a drop in gasoline inventories last week, but U.S. gasoline prices RBc1 have taken a dive since late last week due to concerns over slowing demand, Saito said.

Gasoline stockpiles dropped by 2.7 million barrels in the week to Feb. 21 to 256.4 million, the Energy Information Administration (EIA) said on Wednesday, amid a decline in refinery throughput. Distillate inventories fell by 2.1 million barrels to 138.5 million.

No decision on resuming play before May, says NBA Commissioner Silver

U.N. urges countries to extend care to all migrants to combat coronavirus