NRL: Tigers to offer Benji Marshall job for next year 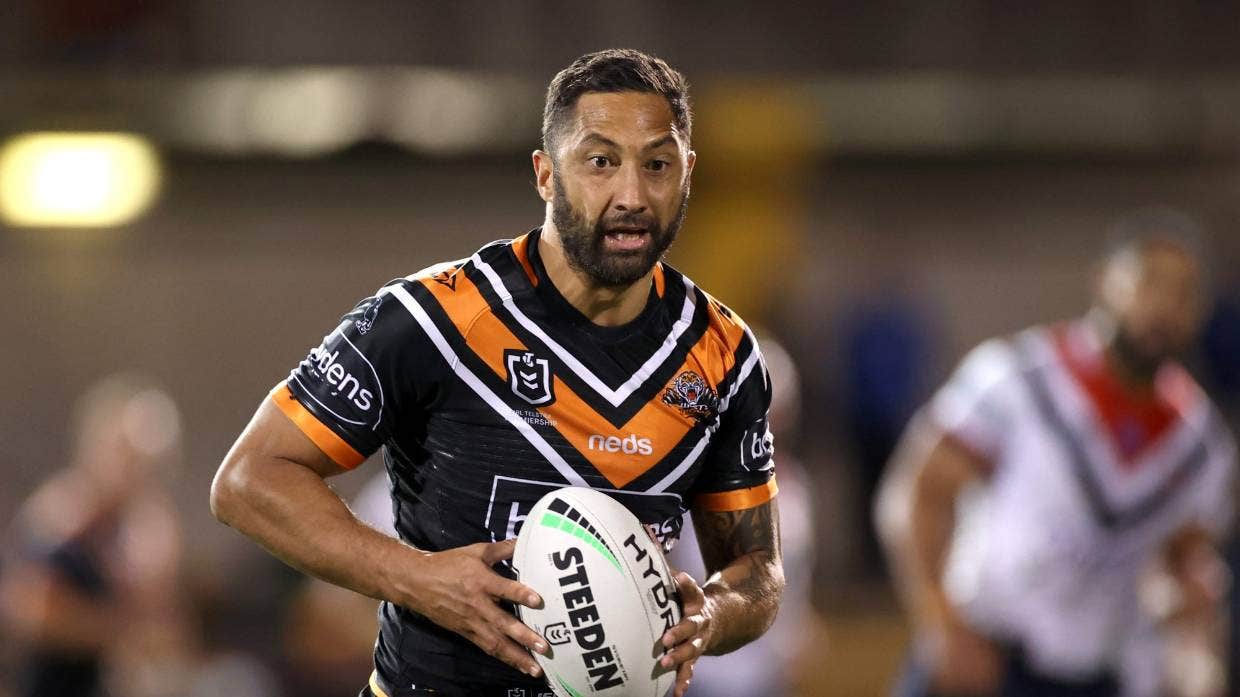 Wests great Benji Marshall only has two more game in Tigers colours but could yet remain at the club in an off-field role. Picture: STUFF SPORTS

Wests Tigers will offer Benji Marshall an off-field role, after the NRL gave them clearance to do so, in the belief he could be just as valuable to the club when his playing career ends.

Marshall has only two more games left in Tigers colours after the club opted not to renew his contract, leaving his future in limbo. The veteran playmaker wants to play for another year, although he has yet to receive a solid offer to do so.

The fact the top-30 squad sizes will be retained is in his favour, and there will be a job waiting at Concord if he brings an illustrious playing career to an end.

The Tigers are ready to enter negotiations with Marshall about an off-field role after the NRL gave the club permission to do so. The joint-venture wanted approval from head office after an ambassadorship they offered Robbie Farah while he was still playing was deemed a salary cap breach.

That incident resulted in the suspension of chief executive Justin Pascoe, prompting the club to ensure any talks with Marshall are above board.

“You can’t buy that level of experience, loyalty, dedication and pure genius.

“What he could add to that club off the paddock would, in some ways, perhaps rival what he’s been able to provide on the paddock.

“I for one would like to see him wear the black, white and gold in a civil setting moving forward.

“I spoke to Justin Pascoe this morning and he tells me dispensation has been given to us by the NRL to enable us to speak to Benji about the future.

“You have to be very careful with that. We of course had a very unfortunate episode with Robbie Farah and his ambassador agreement last year.

“We are very careful to ensure there is no possibility of transgression, so those discussions have been held with the NRL to ensure that is a possibility.”

Playing at Warrington could be an option for Marshall if the English club allows Gareth Widdop to return to Australia. However, Marshall’s preference is to continue his NRL career in Sydney.

The Tigers offer will provide a fallback option, even if the details of the role aren’t yet defined. A role in the coaching, commercial or marketing teams could be on the table.

“All of the above,” Hagipantelis said. “He would value-add to the entire organisation as an ambassador of the club, there is no doubt.

“I haven’t spoken directly to him about this but he may have coaching aspirations.

“He would have a lot to give, whether that be at junior level to start with or senior level in a specialised role.

“[There’s an] incredible amount he could provide the organisation on and off the field as far as his presence is concerned.”