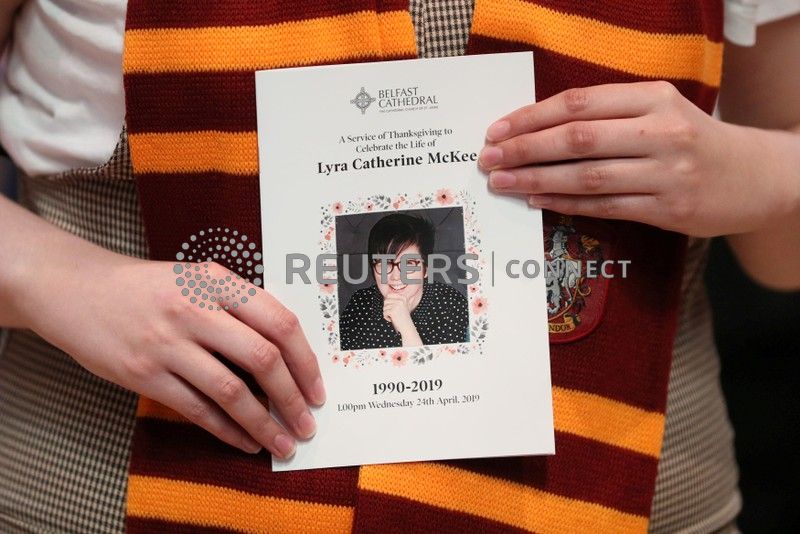 FILE PHOTO: A mourner wearing a Gryffindor scarf holds an order of service as she arrives for the funeral of murdered journalist Lyra McKee at St Anne's Cathedral in Belfast, Northern Ireland April 24, 2019. Brian Lawless/Pool via REUTERS/File Photo

DUBLIN (Reuters) – Detectives investigating the murder of journalist Lyra McKee in Northern Ireland released the 46-year-old man who was arrested earlier on Thursday without any charges, the police tweeted. The police said they had carried out searches at properties near the site of McKee’s shooting. McKee’s killing in April by an Irish nationalist militant […]