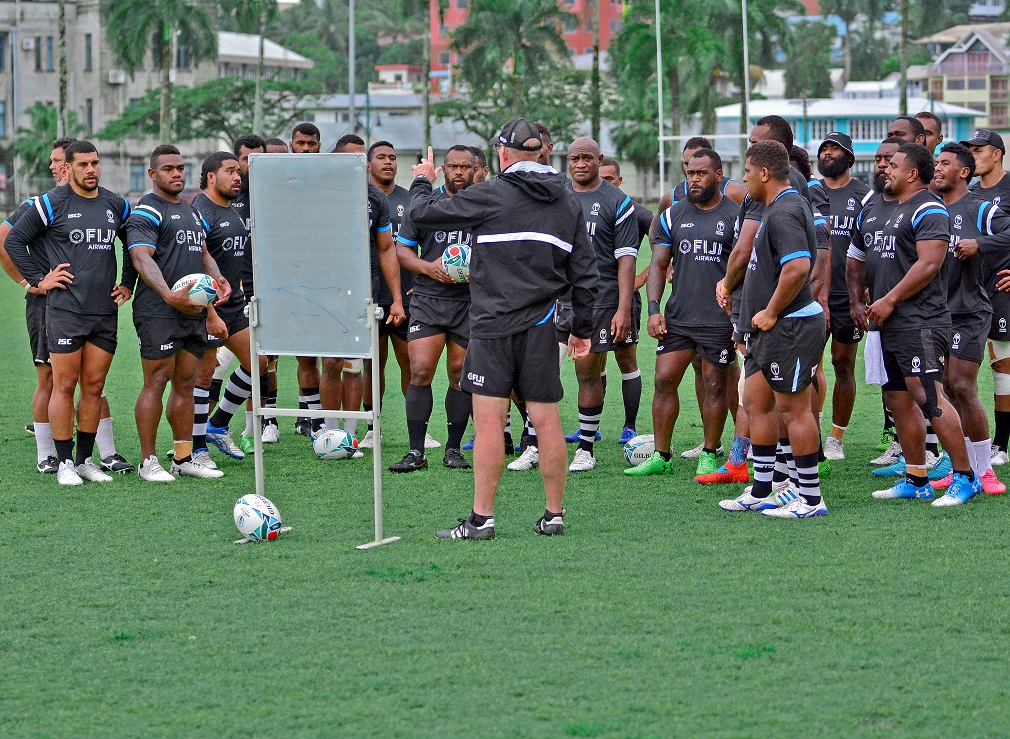 Fiji Airways Flying Fijians head coach John Mckee at the drawing board with his team before their training session at Albert Park in Suva. Picture: JOVESA NAISUA/FILE

FORMER Fiji 7s and 15s rugby team utility back Sireli Naqelevuki rates the Fiji Airways Flying Fijians squad to the Rugby World Cup to be very competitive unlike any other Fijian side.

The former Super Rugby Stormers winger said in past years, Fiji had always lacked in certain areas as a team but there are no excuses for this year’s team to the Rugby World Cup in Japan.

“We have a really good side with us and they are all talented players and not only that, they are professional rugby players who earn a living through rugby and that is a boost to us, especially playing against big teams like Australia and Wales.

“Rugby nowadays is a game played through mental fitness and at the world cup, every point counts and we must not give frequent penalties because it may cost us the game and we may fail to qualify,” said Naqelevuki.

The Kadavu native was known for his hard-hitting tackle, a comparison of the legendary boxer Muhammad Ali on their moves, ‘float like a butterfly — sting like a bee’.

“One on one hard-hitting tackle is vital in the beginning of the game because that will determine the outcome of your opponent’s actions during the match.

“Get him hard the first time, then there won’t be any magic move from your opponents again and automatically their set piece, and structure collapses and they could lose that match.”