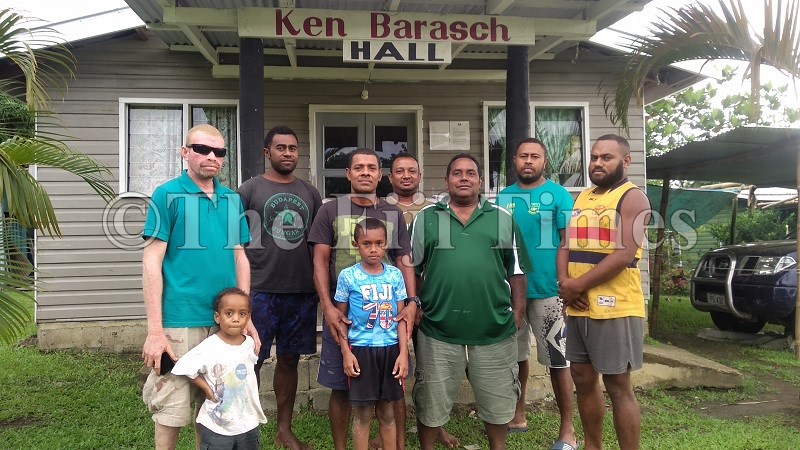 Nabaka Village, Vanua Levu is not a name that comes to mind when one thinks about the Fijian music scene.

But a quick delve into the village’s past and it becomes obvious there were a few musicians who developed enough skills to allow them to entertain in hotels around Savusavu in the ’70s and ’80s.

Petero Vunisacama, the founder of a band called Kover-Up said it was with this in mind that he began encouraging youths in the village to take music seriously because of its potential to keep them out of trouble while earning a bit of money on the side.

In fact, he said drumming on empty cans and bottles while out with childhood friends in the cocoa farms of Savusavu was how many Nabaka youths developed their musical passion.

Vunisacama said what could be termed in iTaukei as vakatatalo had certainly paid off for a number of youths because it had allowed them to entertain in hotels and cruise liner visits.

He said the idea to form Kover-Up band took hold in 2015 when he returned to his home village with a few singers from the Western Division in tow.

“The boys in this village were already singing, but things were not well-organised, so we started the Kover-Up band around 2016,” he said.

“In 2015, when I arrived with some friends who also sang with me in hotels around the West, we joined the village boys and we entertained in hotels.

“When they returned in 2016, I decided to stay back and use my experience to help the boys and those back home.”

Vunisacama had garnered a lot of experience as a member of the very popular Black Rose group.

He had performed with them and even contributed to their albums.

“That exposure and experience I wanted to use to help our family here in Nabaka.

“I wasn’t only with Black Rose, I also played in hotels in Sigatoka and Nadi and with all those years of experience, it was best to share my knowledge with those who had not ventured out of Vanua Levu.”

Vunisacama said one of their first challenges was accessing musical instruments. The group started fundraising to buy equipment.

“We started with kava barrel nights in the village, charging $2 for a basin of grog and although we didn’t get much money, we didn’t give up.

“We were blessed that a brother stepped in to assist us.

“Because of my experience in the Western Division, I noticed that in Vanua Levu, there was not much support for musicians and this is an area that needs improvement.

“This is why good musicians from the North move to Viti Levu because it’s not cheap to establish, run and maintain a musical group.”

Vunisacama said another challenge musicians and composers, especially, faced was access to recording studios and the means to pay for studio time.

“The cost involved for recording an album is expensive, so we need to find the funds to record our first album and this has been a huge challenge for us.

“We have composed a lot of songs and we have started singing them in gigs so we’d like to record them as well and put out albums.”

Vunisacama said like other musicians over the years, one of the biggest challenges the members of Kover-Up faced was getting their “visas stamped” – meaning their wives’ permission to travel and perform at a gig.

“That’s the biggest challenge. “When they let us go but due to unforeseeable circumstances, we return a few days later than the scheduled return date, some of us get ‘punished’ and we miss out on participating in other gigs.”