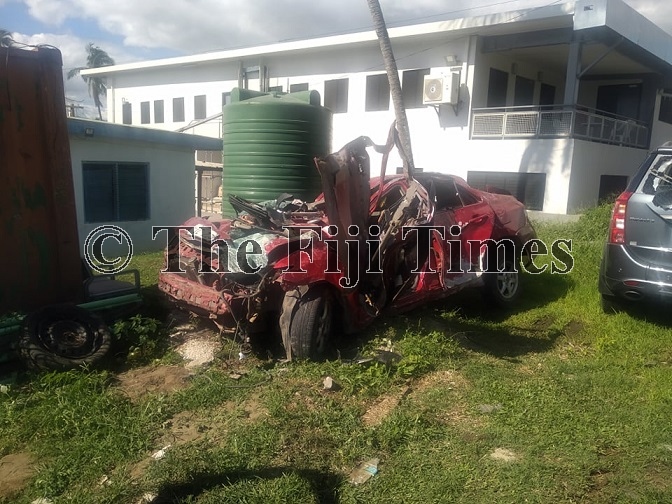 The driver of the red sedan vehicle has lost his life in a road accident. Picture: BALJEET SINGH.

A 28 – year old woman and his son who were involved in a fatal accident at Waqadra in Nadi yesterday remain admitted.

According to Police, the woman was transferred to the Lautoka Hospital while her three -year old son still admitted at the Nadi Hospital.

The post mortem will be conducted today on the body of a man who died following the accident.

The road death toll now stands at 16 compared to 28 for the same period last year.

Meanwhile, the 14 -year old girl who was involved in an alleged stabbing incident in Kabisi, Sigatoka last week still admitted at the Lautoka Hospital.