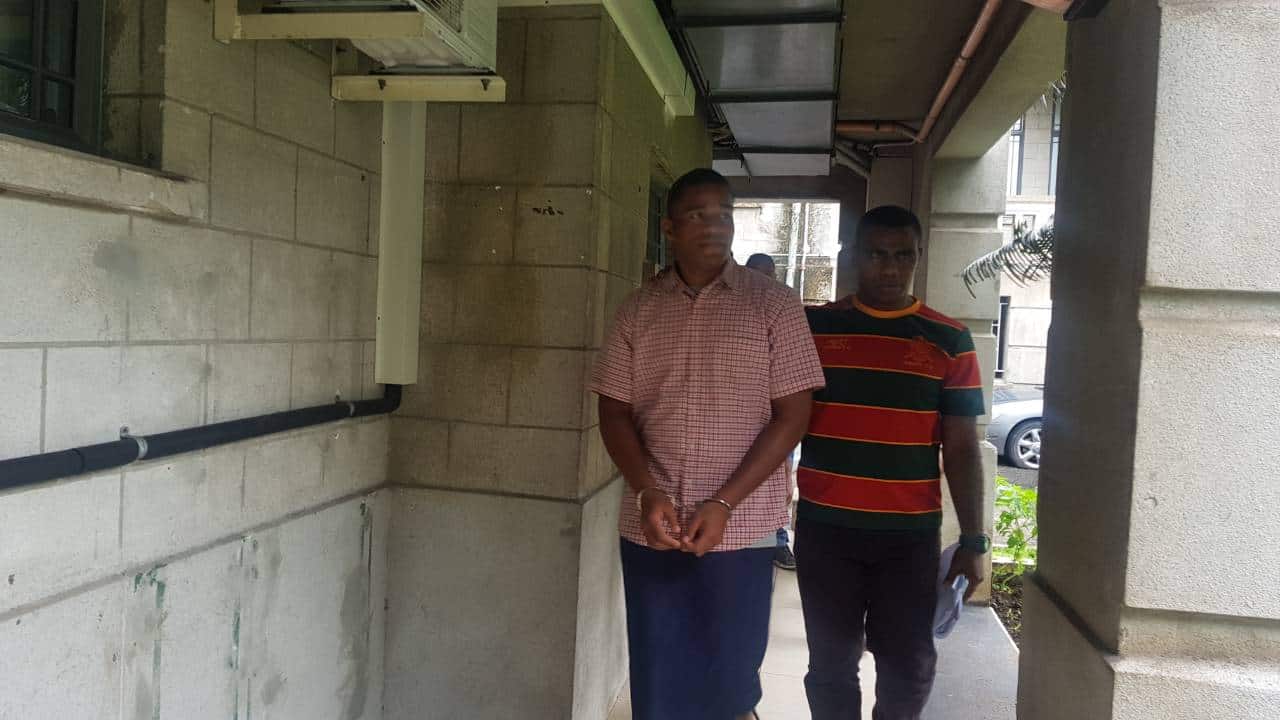 Timoci Cakau (left) is being escorted back to the holding cell at Government buildings. Picture: JESSICA SAVIKE/FILE

A MAN who allegedly caused the death of a man in Suva last year pleaded not guilty to the charge.

Timoci Cakau is charged with one count of manslaughter.

The alleged incident took place between December 23 and December 24 in Suva.

State counsel Rajneel Kumar told the High Court that the accused had made some admission in his caution interview.

Justice Aruna Aluthge  has been adjourned to July 5 for mention.