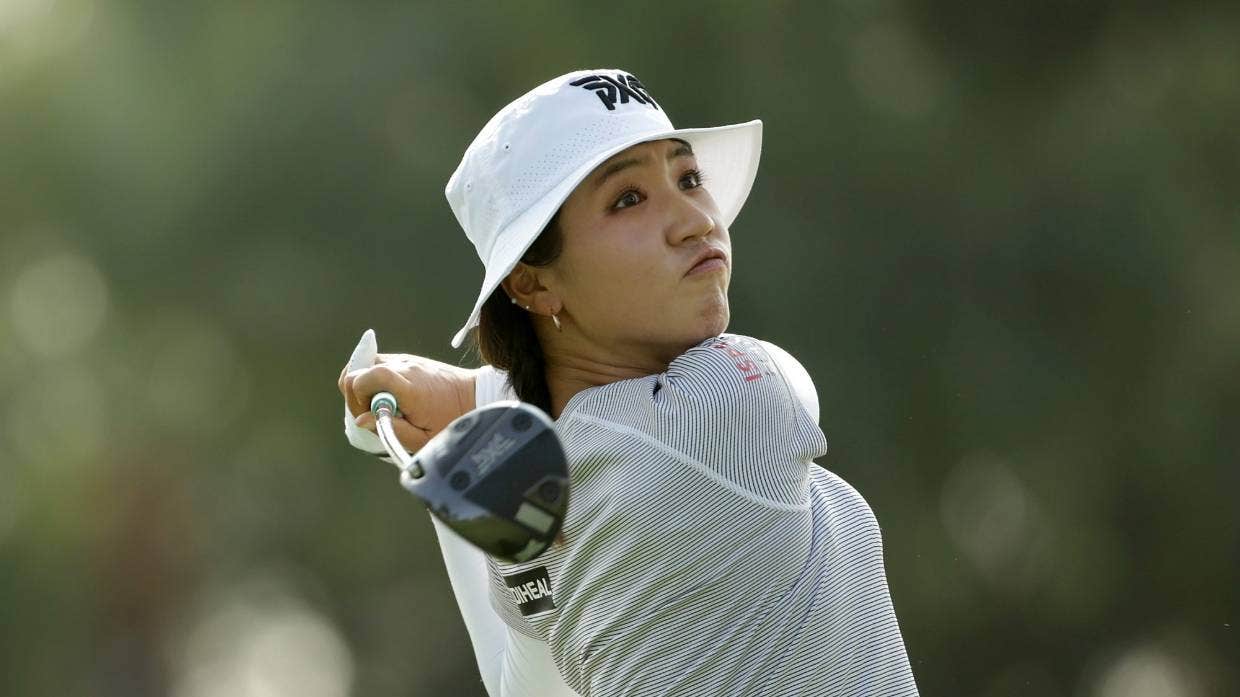 Lydia Ko fired a sensational final round to make her presence felt at the ANA Inspiration golf championship.

Seemingly out of contention at the major championship she won in 2016 after starting the day in a tie for 36th, the Kiwi shot a sizzling 6-under 66 at the Mission Hills Country Club at Rancho Mirage in California.

It was the low round of the day and saw her rocket into the top 10, proving she can still be a major force.

Ko finished in sixth place with $160,000 on Monday (NZT) as South Korea’s Mirim won a three-way play-off with Canada’s Brooke Henderson and American Nelly Korda for the title.

Ko mixed seven birdies with a solitary bogey, finishing with consecutive birdies as she shot the back nine in 32.

Former world No 1 Ko will look back and rue her second round 74 which effectively cost her a chance of winning her third major.

But there are clearly signs of revival in the career of the 23-year-old who has had a tough couple of years. Her world ranking of 41 will take a significant boost on the back of this result.

Lee chipped in three times on Monday (NZT), the last one for eagle on the final hole that got her into the three-way play-off that she won on the first extra hole with a birdie.

It was another wild finish in the LPGA major that moved from the first weekend of April to the heat of September, and no one was more surprised than the 29-year-old Lee.

She was never in the lead at any point until she calmly holed a 1.5m birdie putt on the 18th to beat Korda and Henderson, who each had the lead on the back nine.

Lee pitched in from long range for par on the 16th, dropped a shot on the next hole and appeared to be out of it until her chip from behind the 18th green rammed against the pin and dropped for eagle and a 5-under 67.

Korda, the 22-year-old American going for her first major, had a two-shot lead with four holes to play and couldn’t hold it. With a one-shot lead going to the par-5 18th, Korda missed the fairway, had to lay up and missed the green to the right, having to scramble for par and a 69 just to match Lee at 15-under 273

Henderson lost the lead with a double bogey on the 13th hole that nearly cost her. But she birdied the 16th and was saved by the wall, a blue-covered structure behind the 18th that kept her second shot on the 18th from running through the green and into the water behind the island green.

She got up-and-down for birdie and a 69 to join the playoff.

On the first extra hole, Korda again missed the fairway and had to lay up, and her wedge was 8m short for a birdie putt that never had a chance. Henderson’s second shot came up just short, and she used putter for her eagle attempt that rolled out some 2m past the cup on the sun-baked, fast greens of Mission Hills. Her birdie putt missed on the left side.

Lee hit 5-wood just over the back of the putting surface, chipped to 1.5m and made the winner.

Even with world No 1 Jin Young Ko and US Women’s Open champion Jeongeun Lee6 staying home because of travel concerns with the coronavirus, Lee made it 10 consecutive years with a South Korea winning a major.

It was her fourth LPGA Tour victory, and first since the Kia Classic three years ago.

Her victory spared more conversation about the blue wall behind the 18th green, which the tournament erected in place of a hospitality chalet that was not needed this year because there were no spectators.

It was talked about all week, and the chalet in a normal year has blocked shots hit too hard. But it nearly decided the tournament. Henderson was one shot behind with her ball sitting up in the rough on the 18th in regulation. She hit 5-wood through the green and under the blue bunting, allowing for a drop.

She chipped down to 2 feet for birdie to join the three-way playoff.

Henderson needed a break after having to spend the final hour trying to catch up to Korda. The Canadian took her only lead on the 12th hole when Korda made bogey, and it didn’t last long.

Henderson drove into the right rough on the 13th and 6-iron in the wrong place _ right again, with a bunker guarding the front right pin. She flopped that into the bunker and didn’t get up-and-down, leading to double bogey.

Korda answered with a tee shot into 1.5m for birdie on the par-3 14th, and suddenly her lead was at two. But she couldn’t hang on. Henderson’s 2m birdie putt curled in the left side of the cup on No. 16 with perfect speed. Korda held onto the lead at the 17th with an 2m par putt, and that set up the big finish on the 18th.

Through it all, Lee was an afterthought until her stunning finish.

Lexi Thompson, going after a second title at Mission Hills, was never a serious factor after bogeys that slowed her momentum. She closed with two birdies on her last three holes for a 69 to finish two shots out of the playoff.

US Women’s Amateur champion Rose Zhang birdied the 18th for a 72 to tie for 11th. She finished at 8-under 280, setting the record for lowest score by an amateur.