K-9 facility to be built in Palau, but community not happy 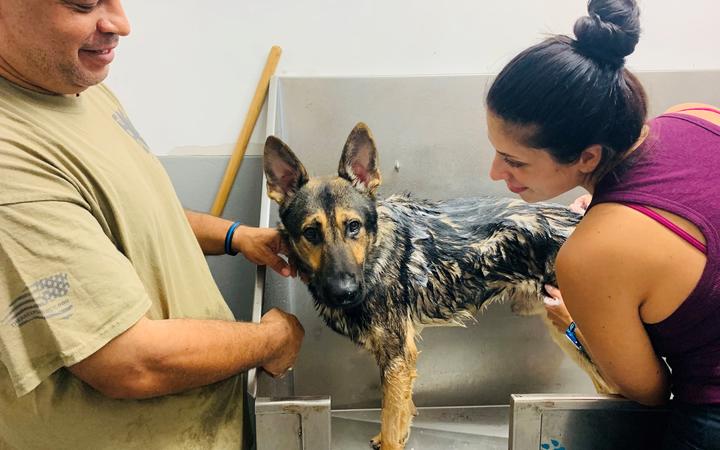 In what will be the first of its kind in the Pacific, Palau is building a facility to house newly acquired K-9 military dogs to assist law enforcement operations.

Funded by the United States Indo-Pacific Command, the centre was valued at $US2.6 million.

However the military dog programme was getting push-back from several members of the community who were unaware of the project until the animals arrived in Palau last month.

Eight dogs will be used as tools for the Narcotics Enforcement Agency, (NEA), and part of the programme would provide local law enforcers training from private contractor, Bellum K9 LLC.

According to the US Civic Action Team, “the purpose of the Working Dog Program (sic) is to provide the Government of Palau with increased ability to protect the citizens of Palau by giving the National Police the ability to detect illegal import of drugs and explosives into Palau at its border security checkpoints associated with its ports and airports.”

A petition circulating in one hamlet in Palau opposed the construction of the facility.

Joining in the petition is the Belau National Museum who believed the facility was a nuisance in the area.

Residents raised concern about the barking dogs, smell of dog faeces and urine.

Signed by at least 100 petitioners, the residents also brought up the issue of the dogs’ well-being.

Morei said a memorandum of agreement signed by the Ministry of Justice in 2017 stated that the NEA office would be in the area temporarily.

But because the dog programme was under the NEA, the dogs had to be housed in the same area where the drug office was.

Morei claimed they were left in the dark about the dog programme until last month.

She said the government would dismiss discussions about the issue saying the dogs were there on a temporary basis.

“The military dog facility in our neighbourhood should not be built, ” the petition stated.

It added that the welfare of the neighbourhood was more important than housing the facility and the dogs there.

NEA Director, Ismael Aguon, apologised to the residents for the inconvenience that they thought housing the dogs in the neighbourhood posed, but he urged the community to look into the long-term benefits project would bring in terms of the country’s security.

He said it would help Palau combat crime as the dogs were trained to detect drugs such as marijuana, cocaine or methamphetamine.

Shane McNamara , of Bellum K9 LLC, said the company and their handlers would be in Palau for over 10 weeks to train law enforcers.

“My job is to come here and house the dogs temporarily until the permanent facility is built,” he said.

He said everyday the trainer goes out to the NEA site to feed the dogs, conduct obedience training and take them out for exercise.

McNamara said they were awaiting a permit to build better temporary housing for the dogs.

He assured the public the dogs were looked after and they were highly trained and would not cause problems to the community.

Kristine Decina, the contractor’s lead veterinarian, said she was part of the team to ensure medical care could be given appropriately to the working dogs.

While she was in Palau, she would also be helping the community and donate supplies to provide care for dogs.