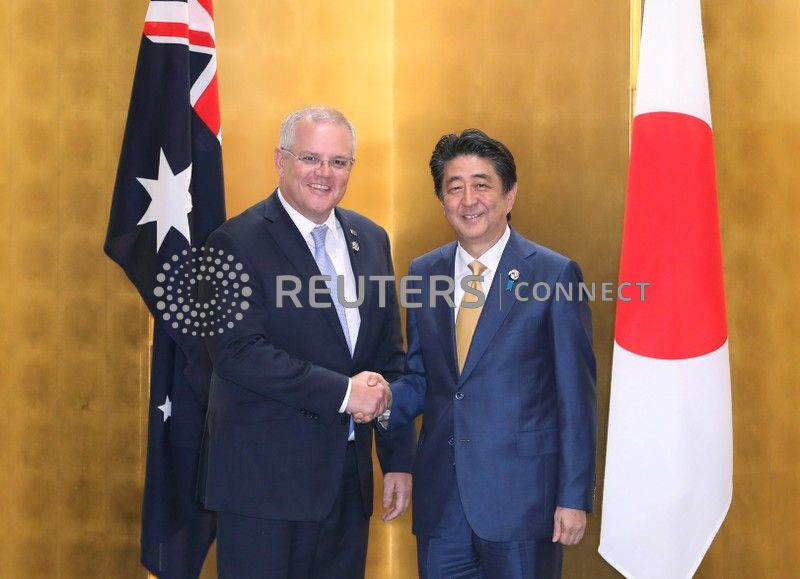 Asked at a media briefing if the two leaders’ concerns expressed in the meeting were directed to China, Japanese Deputy Chief Cabinet Secretary Naoki Okada declined to elaborate.

Australia too did not single out any particular country, though the meeting comes after several incidents involving China.

“They expressed serious concern about recent negative developments in the South China Sea, including the continuing militarisation of disputed features, the dangerous and coercive use of coastguard vessels and ‘maritime militia’,” an Australian government statement read.

In April, Vietnam lodged an official protest with China following the sinking of a Vietnamese fishing boat it said had been rammed by a Chinese maritime surveillance vessel near islands in the disputed South China Sea.

China claims most of the energy-rich South China Sea, within a U-shaped “nine-dash line” on its maps that is not recognised by its neighbours, several of whom have overlapping claims.

The United States has accused China of pushing its presence in the South China Sea while other claimants are pre-occupied with the coronavirus pandemic.