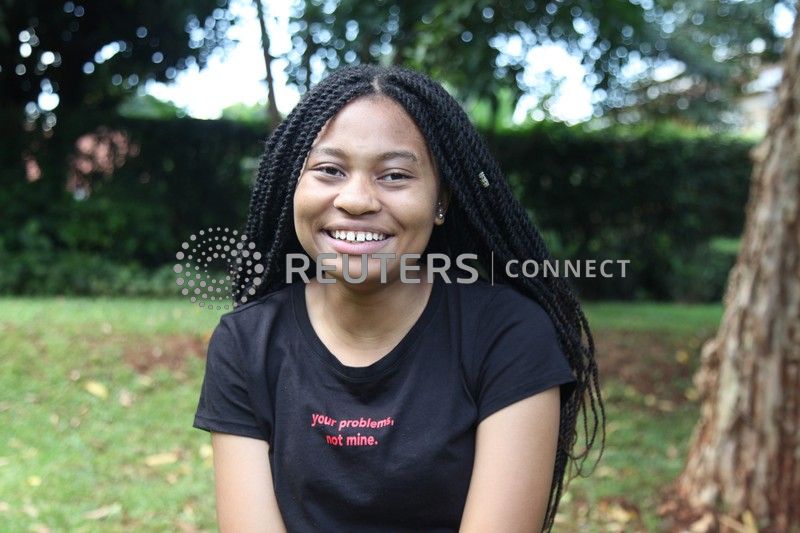 NAIROBI (Thomson Reuters Foundation) – Dressed in skinny black jeans and a T-shirt bearing the slogan “your problems, not mine”, Makenna Muigai looked like a typical teen as she sat on her bed staring at her laptop.

But the 17-year-old Kenyan student wasn’t checking out the latest music videos on YouTube or FaceTiming her friends. She was posting a short film that she made calling on the youth to take action against climate change.

“There is this idea that young people in Africa don’t care about the environment because we are not seen doing school strikes, or protesting on the streets against climate change. That’s not true, we do care,” she said.

“But it’s not like in the West where there is a lot more understanding of climate change and therefore more support from family, school and the media for youth activists. It’s much harder here.”

One of a growing number of youth climate activists across the world, Muigai gained global recognition last month when she joined Sweden’s Greta Thunberg at a news conference calling for more attention on the climate threats facing Africa.

But the teenager, who ventured into climate activism a year ago through a school project, said cultural views on education and activism make it harder to campaign in Africa.

“Education is highly valued here and parents sacrifice a lot to pay fees and send their kids to school, so the idea of skipping school to protest is not seen positively,” she told the Thomson Reuters Foundation at her home in Nairobi.

“There is a very conservative culture of following the rules. Protests such as climate strikes are seen as acts of rebellion and many parents fear that participation can jeopardise their children’s future prospects.”

There are other ways the youth can act, she said, adding that she planned to campaign for her school to provide buses to pick and drop off students, so that their parents did not have to use cars, and to reduce plastic use.

Thunberg, 17, has become a household name since she began her #FridaysForFuture climate strikes in 2018, inspiring students around the world to walk out of class and demand action from policymakers.

But in Africa the movement has been slower to take off, even though the continent has for decades been experiencing increasingly erratic weather – from recurring droughts to heavy rains – linked to global warming that have left millions hungry.

Climate change may also be powering the swarms of desert locusts that have invaded the region – ravaging crops, decimating pasture and leaving people destitute, according to locust and climate experts.

Muigai said many Kenyan and African students were aware of the problems and wanted to act, but there was little support to help them organise and take action.

“We see the impacts of climate change here in Kenya. This means higher rates of poverty, more conflict and a higher health burden. It will affect our economy, from our tea production to our tourism revenues,” she said.

“It’s going to impact all us – especially the youth – yet none of this is our fault.”

Around 90% of Kenya’s electricity comes from renewable sources such as hydropower and geothermal – more than three times the global average.

Plans to establish a coal-fired power plant along the coast and exploit recently discovered oil reserves have attracted criticism from climate change activists.

Muigai said every nation had a responsibility to act, even though African countries only contributed 3% of global carbon emissions.

“If we continue to play the blame game where the largest contributors should take responsibility of their own actions rather than everyone collectively taking action, then there will be minimal progress,” she said.

“Just because we contribute the least, it doesn’t mean that we shouldn’t help. We are all impacted at the end of the day therefore shouldn’t we at least try, no matter how small our efforts, to combat the issue?”