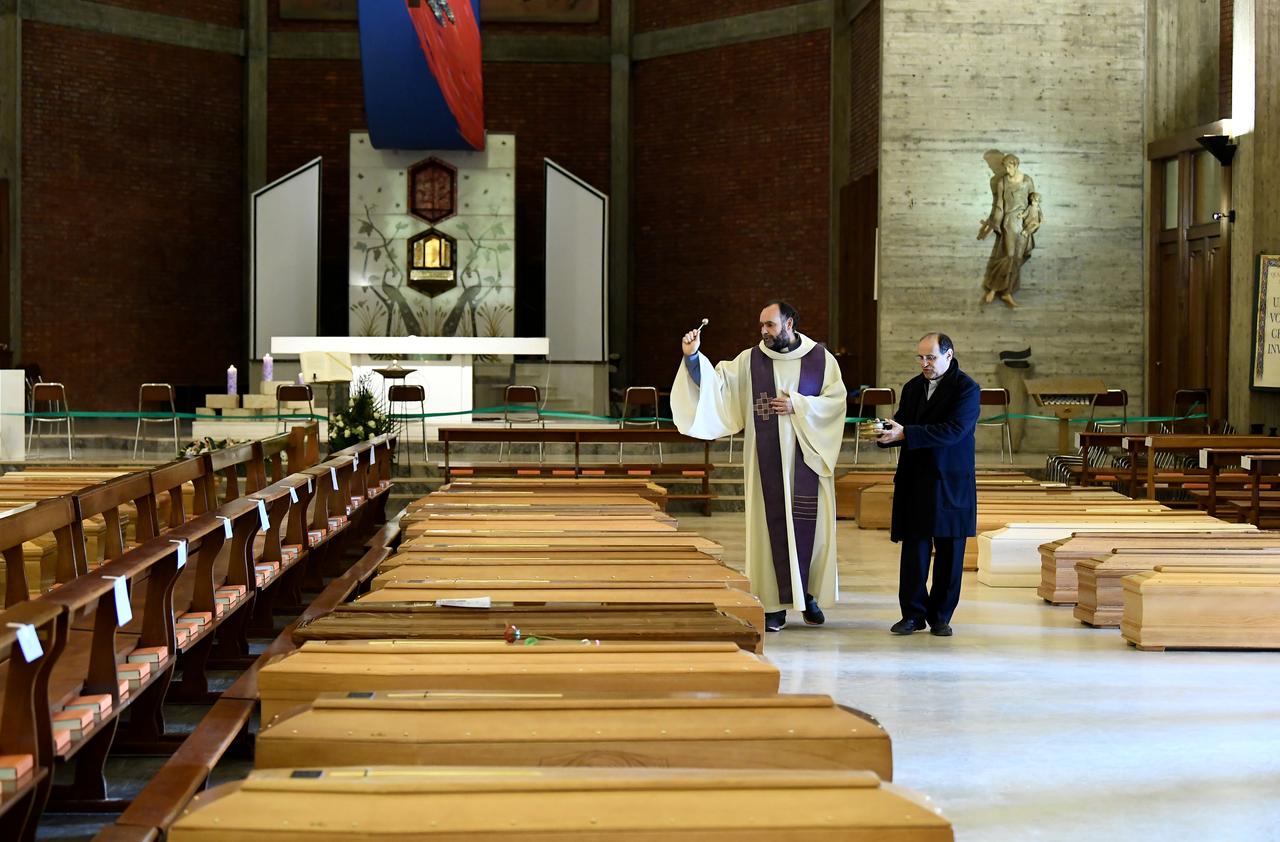 SERIATE, Italy (Reuters) – When he became a priest 40 years ago, Father Mario Carminati knew he would be dealing with death – but not on an industrial scale.

Coffins bearing deceased parishioners no longer leave one at a time in a shiny hearse after a funeral every week or so.

Now, because of the coronavirus outbreak, clusters of coffins arrive every day and are laid on the cold marble floor of St. Joseph’s Church.

“Authorities didn’t know where to put the coffins,” said Carminati, 64, the senior priest in Seriate, a tranquil, middle-class riverside town of 25,000 people in northern Italy.

When enough have accumulated, he and others priests give them a hasty blessing and then a forklift loads them on to army trucks to cemeteries and crematoria.

Gatherings have been banned throughout Italy because of a national lockdown so church funerals cannot be held.

Seriate is in Bergamo province, the hardest hit in Italy’s northern Lombardy region and the epicentre of the outbreak.

With the national death toll topping 9,000 on Friday, Italy has suffered almost twice as many deaths as any other nation.

The priest said the saddest thing for him was that many of his parishioners died alone, without loved ones, because restrictions in place to stem the spread of the virus do not allow family members into hospitals.

“We often talk about the most needy and these are truly the most needy now,” he said outside the church after blessing about 40 coffins along with a younger priest, Father Marcello Crotti.

“They are the most needy even though they are no longer alive. No one has the time or opportunity to take care of them anymore so I decided to open the house of the Lord to them,” Carminati said.

It is a short stay. After Carminati and Crotti blessed the latest batch of coffins on Saturday, army troops in protective gear loaded them onto five trucks covered by camouflaged tarps.

Bells tolled as the trucks left the church and residents looking down from windows and balconies made the sign of the cross.

As the caravan crossed an intersection, a town policeman wearing a medical mask and white gloves stood at attention and saluted.