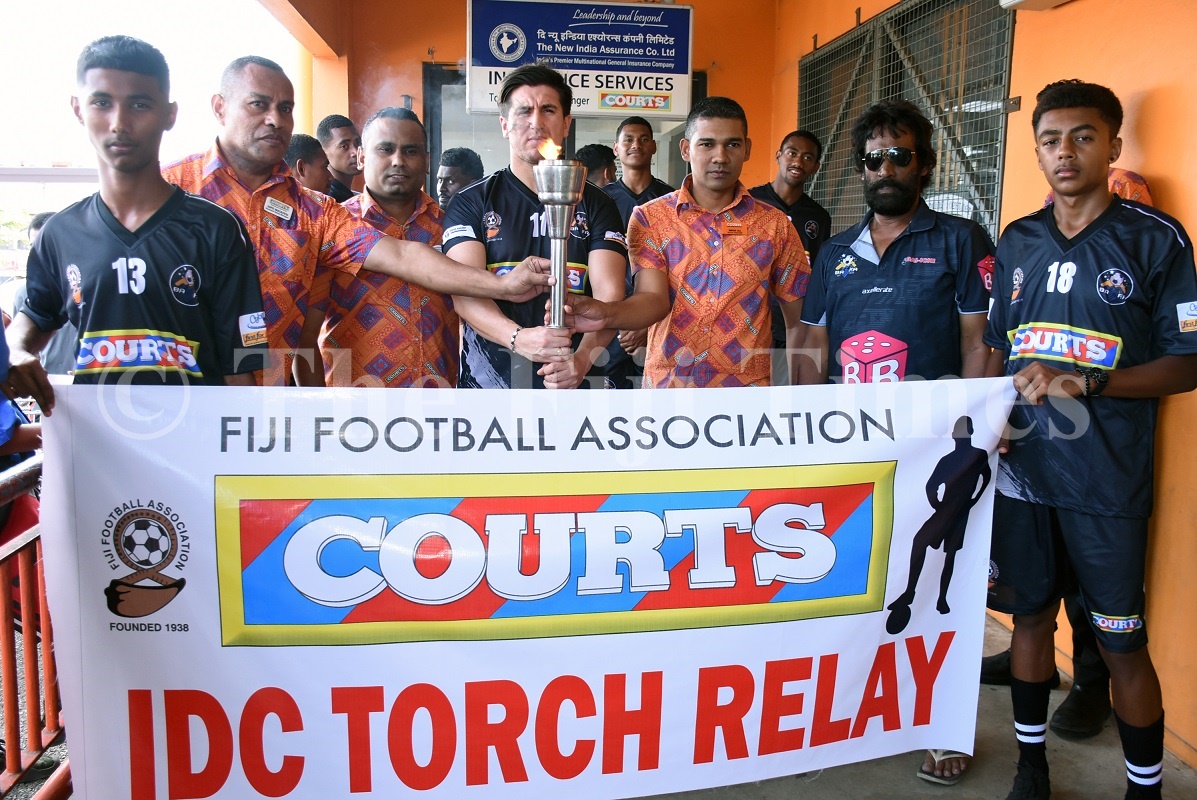 Excitement is building after the torch for the country’s biggest football tournament, the Courts Inter District Competition (IDC) was ferried across Viti Levu in the lead up to the showdown this weekend in Suva.

Teams in the Western Division had a chance to showcase the Courts IDC torch which was marched by players and coaching staff through each town from Sigatoka to Ba yesterday.

Ba Football Coach Imdad Ali said the IDC was the biggest tournament in the country compared to other soccer competitions.

“All of the teams have been preparing well and so are we,” he said.

“It’s a privilege to host the IDC torch today and we are happy that it came to Ba so that we can start hyping up our fans and supporters for the upcoming tournament.

“The players are excited and very much looking forward to our first match this weekend.”

The 2022 Courts IDC torch relay began in Sigatoka town where the Nadroga football players took the torch and handed it over to staff at the Courts Store before it made its way to Nadi Town at around midday.

In Nadi, players walked through the Jet Set Town with the torch before ending the relay at the Nadi Courts store.

The torch then made its way to the Sugar City after midday before ending the first lap of the relay in Ba.

Today, Tavua Football players will get a chance to showcase the IDC torch before it makes its way to Korovou and Nausori.