Grandmother pleads for help to bring grandson to Fiji 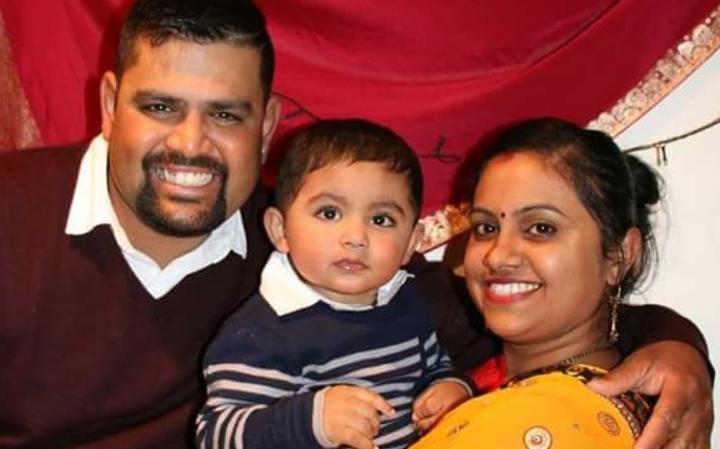 Riki and Sherine Nath with their son Rohan. Photo: Supplied

The mother of a man found dead in his South Auckland home last month is pleading with New Zealand authorities to help bring his son to Fiji.

On December 30, Riki Nath, 34, was found in the garage and his wife Sherine Nath, 32, was found dead in the bedroom of their Papatoetoe home near her critically-injured son.

Rohan Nath, 4, remains in hospital and his grandmother, Prem Lata, is worried about him.

“There is no one there to look after him. He is my blood. I looked after him for a year and three months when I was in New Zealand. He’s in some hospital in New Zealand.

Ms Lata, who lives in Ba, said her son moved to New Zealand in 2006 where he met his wife.

She visited the couple in 2015 after their son was born and helped look after him.

She said the family in Fiji had been unable to travel to New Zealand to see her grandson because they could not afford it.

The 63-year-old said since New Year’s Day, her efforts to contact her daughter-in-law’s family had been unsuccessful.

Ms Lata also said family in New Zealand had since distanced themselves and were not responding to her telephone calls or messages on social media.

She said the last time she spoke with her son was on Christmas Day.

“He sounded okay and was happy. He wished us all a merry christmas,” she said.

“A couple of days later, we had a cyclone in Fiji and there was no power so I couldn’t charge my phone. When the power returned and I turned my phone on, there were six missed calls from my son.”

Ms Lata said she had not heard from the New Zealand police about their investigations.

“Only the Fiji police have come here and asked me about the incident in New Zealand and what I know about it,” she said.

“I told them my son and daughter-in-law had been separated for about nine months. He was trying to get his family back and he begged everyone to help him reconcile with his wife and son.”

Ms Lata said her son was buried in Fiji, while a service was held for her daughter-in-law in Auckland.

In a statement, New Zealand Police said the child remained in hospital and was in a stable condition.