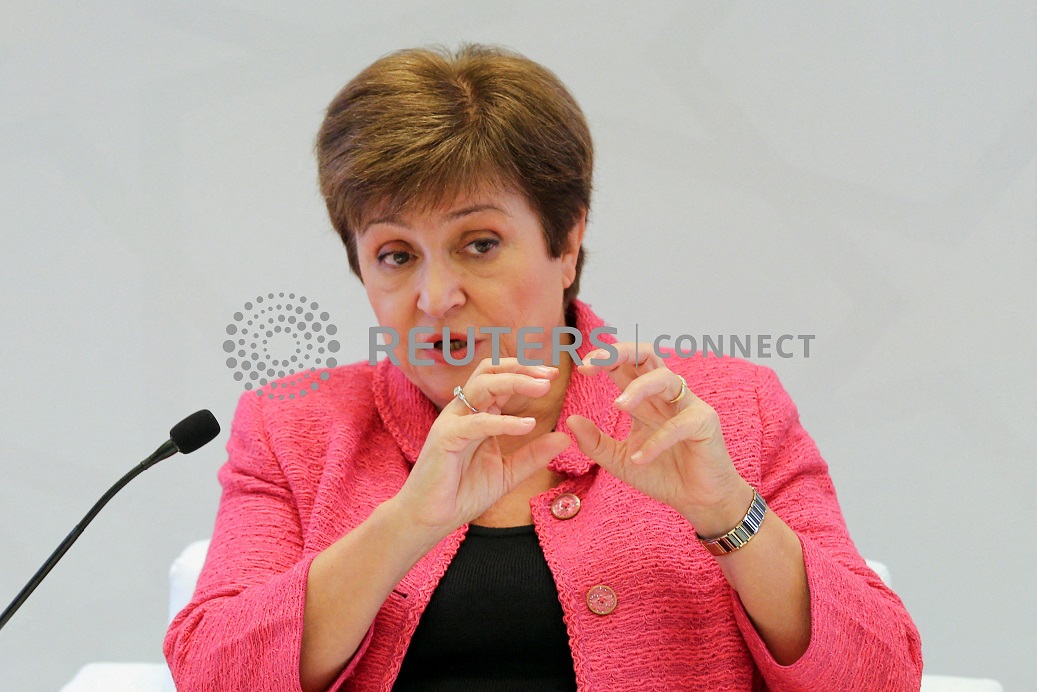 RIYADH (Reuters) – Global recession can be avoided if governments’ fiscal policies were consistent with monetary policy tightening, but likely there would be countries falling into recession next year, the International Monetary Fund’s managing director said on Monday.

“We do need central banks to act decisively. Why, because inflation is very stubborn… It is bad for growth and it is very bad for poor people. Inflation is a tax on the poor,” Georgieva told Reuters in an interview during a visit to Saudi Arabia.

She added fiscal policies that indiscriminately support everybody by suppressing energy prices and providing subsidies are working against monetary policies’ purposes.

Governments across the globe have stepped in to support their populations amid high food inflation and shortages by following the U.S. Federal Reserve’s interest rate hikes, sending shockwaves through financial markets and the economy.

Earlier Monday, a United Nations agency warned of the serious consequences of a monetary policy-induced global recession for developing countries. It called for a new strategy, including corporate windfall taxes, supply-side efforts and regulation on commodity speculation.

Georgieva called on the Fed to be extremely prudent in its policies and be mindful of the spillover impact on the rest of the world, adding its responsibility “is very high.”

The IMF sees labor markets in the United States are still quite tight, demand is still quite significant for goods and services and the Fed has to continue on the course of tightening in that environment, she said.

“We are likely to see … unemployment going up and that will be the time for the Fed has to say we have done our job. We can ease in the future. We are not there yet.”

Georgieva said somewhere between 10 and 20 countries – most of them in Africa – are likely to ask for access in the window and are eligible to receive funding.

She highlighted the IMF’s mission in Malawi, saying the country may enter into a full IMF loan agreement after receiving emergency financing.

The fund is also in advanced discussions with Egypt and Tunisia, Georgieva added, as both governments are struggling under economic crises that have strained public finances.

“I can confirm that with both countries we are in a very advanced stage of discussing staff level agreements, whether it would be within days or weeks, hard to predict but it will be very soon,” she said.

“We’re looking at sizable programs. The exact size is always determined through negotiations and finalised with the authorities.”