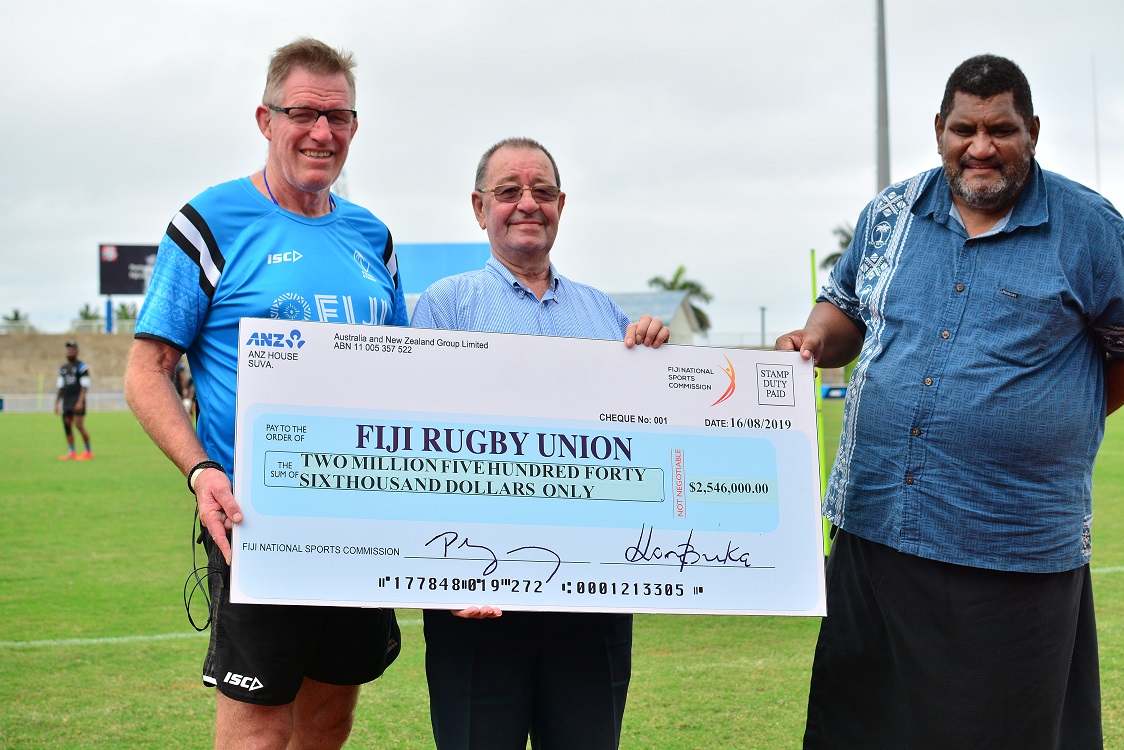 FIJI National Sports Commission chairman Peter Mazey presented a cheque of $2,546,000 to the Fiji Rugby Union for the Fiji Airways Flying Fijians squad to the Rugby World Cup in Japan next month.

O’Connor said the sum given by the government covered all the preparations the team had been doing since November last year.

“It has been highlighted the grants totaling to $2.5m has been an ongoing government assistance to World Rugby support for the ongoing preparation of the national team to the Rugby World Cup next month,” he said.

“This morning, we signed another agreement with the Commission for another $650,000 for the players as they journey to Japan for a month.”

More in tomorrow’s edition of The Fiji Times.