Former Speaker says authorities need to speak out on investigations 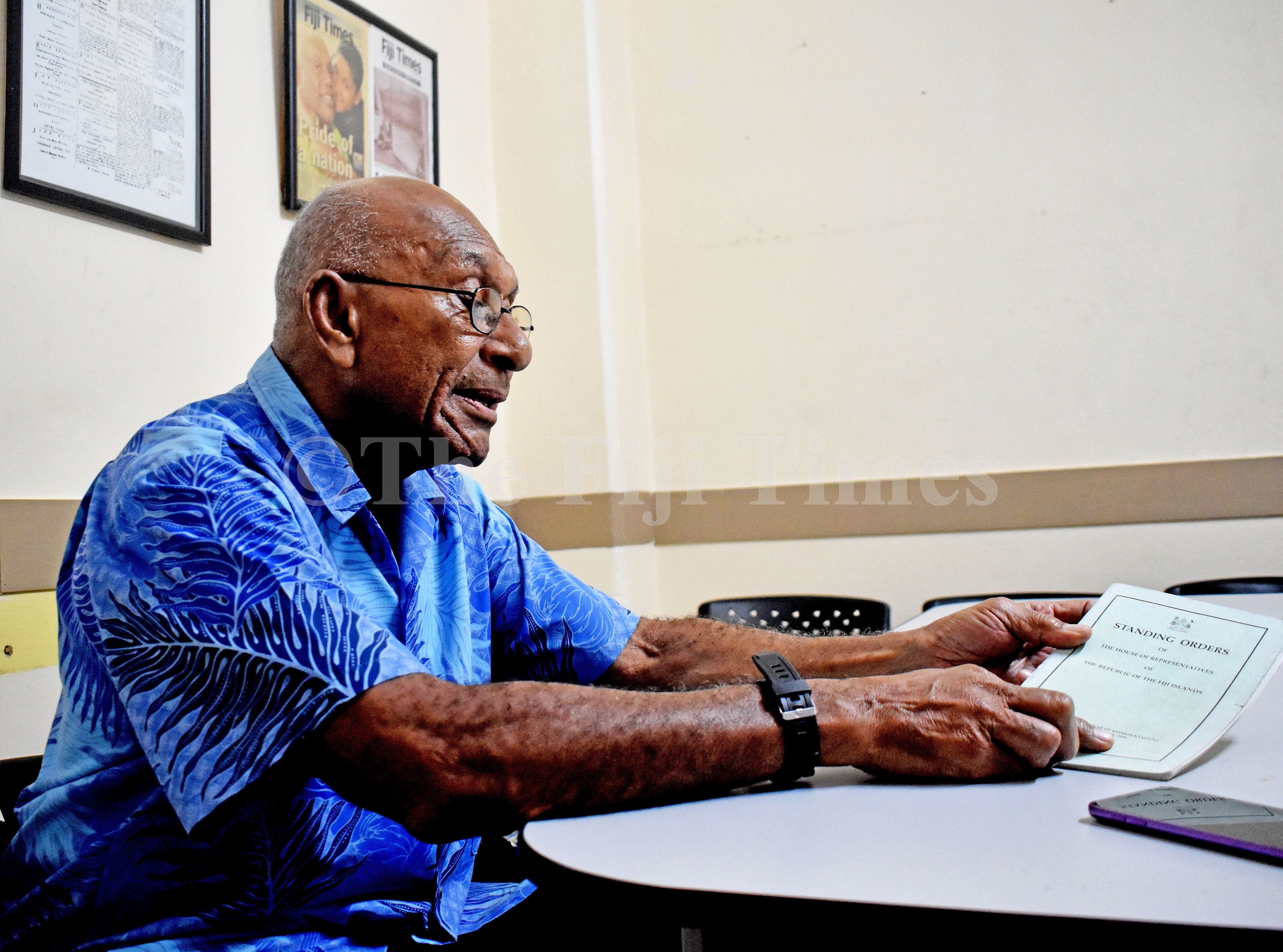 FOR the sake of the integrity of Fiji’s Parliament, authorities need to speak out on the investigations of assault allegations against Prime Minister Voreqe Bainimarama, says former speaker of Parliament Pita Nacuva.

It is alleged that on August, 9, the PM allegedly assaulted Opposition MP and National Federation Party president Pio Tikoduadua outside Parliament.

During his term in Parliament, Mr Nacuva said his responsibility as Speaker was to ensure that he made a ruling on anything that happened in the Parliament precinct.

According to the Parliament Standing Orders of 1999, he said, the Speaker of Parliament was responsible for the whole administration in Parliament.

“The Standing Orders, 24 February, 1999 of 117 states; the control and administration of the whole parliamentary grounds and the buildings and other improvements thereon is vested in the Speaker on behalf of the House, whether Parliament is in session or otherwise,” Mr Nacuva said.

“In the previous Parliament, it was well planned out and the public was aware of it.”

In the Parliament standing orders gazetted in April this year, it states the Speaker’s functions, duties, and powers: – control and administration of the Parliamentary precinct is vested in the Speaker, on behalf of parliament, whether or not Parliament is in session, and the Speaker has authority to maintain order and decorum in Parliament, in accordance with these Standing Orders and parliamentary tradition. (2) Without limiting clause (1), the Speaker is responsible— (a) for ensuring the rights and privileges of all members; (b) for ensuring public access to the proceedings of Parliament and its standing and special committees; and (c) for carrying out any other functions and duties and exercising any other powers set out in these Standing Orders.

(3) The Speaker, in performing the functions and duties and exercising the powers of the Speaker— (a) is independent and subject only to the Constitution (including the code of conduct established under section 149 of the Constitution) and any other law; (b) serves to secure the honour and dignity of Parliament; and (c) must act impartially, and without fear, favour, or prejudice.

Mr Nacuva said during his term, he had never dealt with any unruly behaviour from MPs.

“MPs need to remember the meaning of honourable, it’s bringing and deserving honour, the synonyms are to be morally correct, honest, right minded and full of integrity.

“It’s shocking to hear such allegations in our Parliament.”

Mr Nacuva served as the Speaker of Parliament from June 2006 to December 2006 before the military government led by Mr Bainimarama took over.

Secretary-General to Parliament, Viniana Namosimalua said earlier they weren’t in a position to comment.

Commissioner of Police Brigadier-General Sitiveni Qiliho couldn’t be reached for comments when this edition went to press.