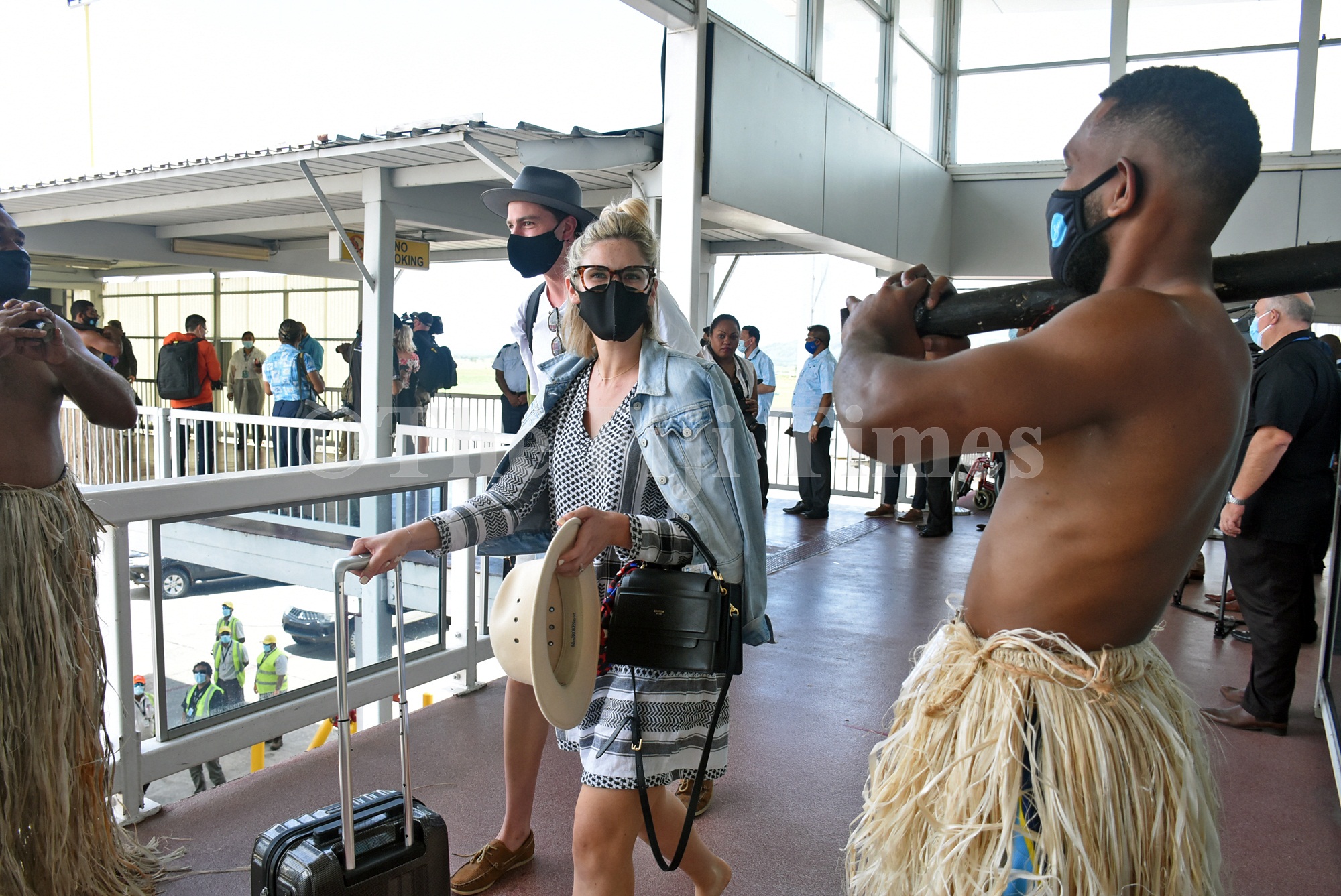 Australian tourists arrive at the Nadi International Airport on the first flight out of Sydney as Fiji opens its International border. Picture: REINAL CHAND

There have been less than 1000 cancellations from the 75,000 visitors that were booked to come in December and January.

Tourism Fiji chief executive officer Brent Hill said these cancellations were not based on the concern for Omicron but around the three day home quarantine such as in New South Wales and Victoria which was causing issues for some people.

“So some people were like, Omicron, Delta, they’re the same, in the sense that, it’s still Coronavirus, I can deal with it, etc,” he said.

“But they were saying look, when I get back from Fiji, I’ve got things to do, I have to do this, I can’t be at home.

“So they had to cancel and it was impacting on business people, media, etc.” Mr Hill said the good thing was they had re-bookings and new bookings coming in to fill some of that space.

“So I feel like we have largely, few lumps and bumps but we’ve gotten through and that those numbers should still stay strong through December and January, touchwood.”

Mr Hill said the average dollar figure spent per tourist equates to about 240 million which gets injected into our visitor economy in December and January and Fiji was expected to get more flights coming in the near future.

“We have an Air New Zealand flight today, which is great.

“Now they’re not necessarily all tourists, there are repatriation type people on that flight, but some of those people are tourists because obviously New Zealand is a country that is a travel partner.

“So you can come into Fiji now obviously, when they go back they have to do MIQ (managed isolation and quarantine) in New Zealand, but there are people prepared to do that, or they’re coming here for a while.”

The country is expecting flights from Qantas, Jetstar and Virgin, with the first flights from Singapore coming in on the 16

. Mr Hill said New Zealand would be moving to home-based quarantine on February 14 so they were expecting more bookings coming in from that.

“Bookings from New Zealand are just solid, you know, they’re not crazy and part of that will be we saw that in Australia as soon as that it drops quarantine free in New Zealand, and then things really sort of ramp up.”