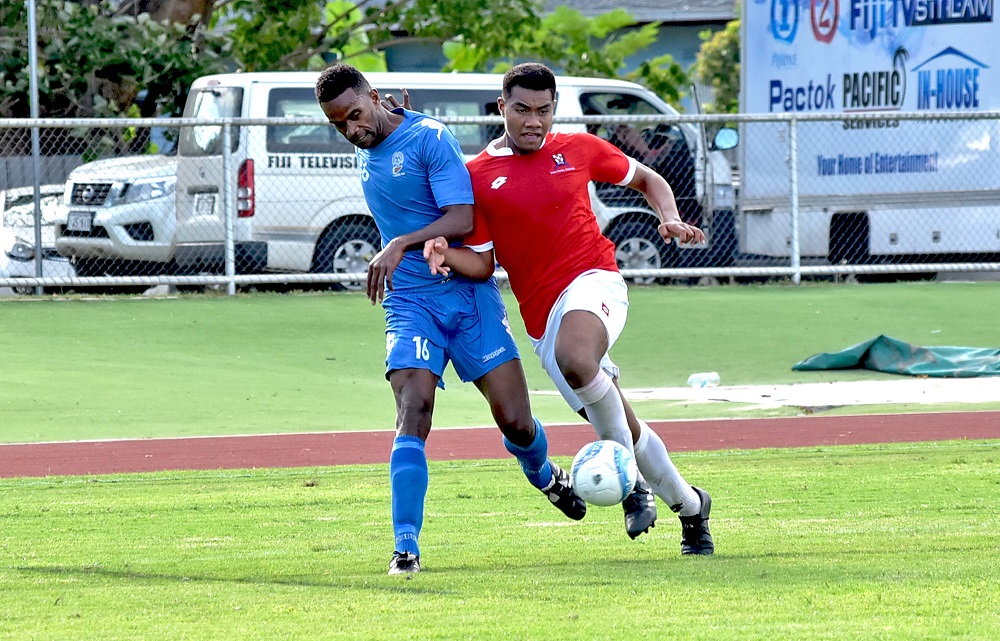 FIJI’S campaign towards the Olympic Games started on a bright note with the Vodafone Fiji Under-23 national football team winning their Oceania Football Confederation Olympic Qualifier opener against Tonga beating them 4-1 yesterday at Churchill Park in Lautoka.

“I told them that the Fiji Rugby 7s team has already won gold and all that was missing was for them to do the same,” said Fiji Football Association chief executive officer Mohammed Yusuf.

Yusuf said it was time for Fiji Football to stamp their mark and believed the current squad had a positive vibe that could take them a long way.

“We know our players have the capabilities to achieve results and wish them all the best in the games ahead,” he said.

After a scoreless first half, Fiji came firing in the second spell with two goals from midfielder Patrick Joseph and captain Savenaca Baledrokadroka.

Tonga managed a lone goal through striker Hermaloto Polovili, before Rewa’s Bruce Hughes put the final nail in the coffin in the dying minutes.

Fiji will face Vanuatu next week on Saturday in their next match at Churchill Park, Lautoka.

OFC Olympic Qualifier round one results:

Father of two to be questioned regarding Nadawa fire