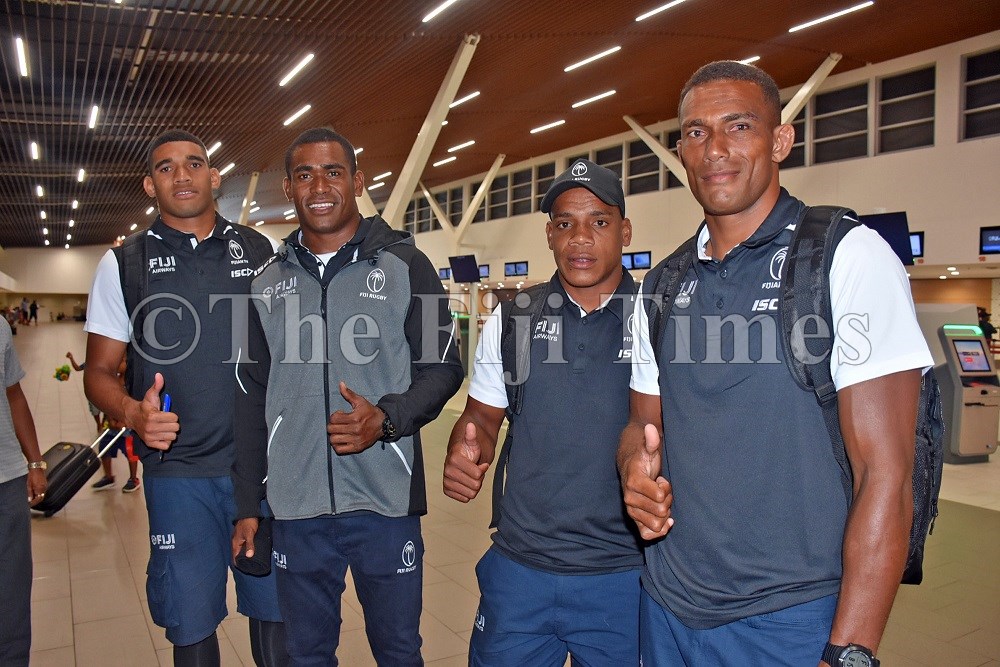 THE Fiji 7s team will hold a scrimmaging session against Australia next Tuesday as part of its preparation for the World Rugby HSBC Los Angeles 7s tournament.

The 14-member squad flew out for the United States of America on Friday evening with plans to use up a few days to acclimatise to the conditions.

Fiji 7s head coach Gareth Baber said they mapped out a plan for the next stage of the series after winning the Sydney 7s.

He said former captain Paula Dranisinukula had a race against time to recover from a shoulder injury but could not make it.

Baber said some players received bumps in Hamilton and Sydney so they had to be flexible with their recovery process.

“We have a couple of days in LA to settle and then progress into what will be a working week into a tournament,” he said.

“We are in a good position. There was a race against time for Paula (Dranisinukula) and he did not make it but the rest of the season is there and that is what we need to think about.

“On Tuesday morning we will play against Australia and that will be the only one we will have heading into the LA 7s.

“The scrimmaging session is something that we do in the first week and not the second week in the series.

“This is because a lot of fatigue sets in the second week.”

The series returns to LA after a lapse of ten years.

It will be a new tournament for all the players and coach Baber himself.

Baber said they would not affected by the distractions in the USA.

“We know the size of LA but all the teams will be out and about to see what the tournament will be like,” he said.

“We have to be flexible and we have talked about that as a team. We are not going to get distracted with those elements.

“I think that if there were any distractions then it would have been in Las Vegas. LA is a new stadium that we are going to but we are used to that.”

NRL: Warriors could be unfortunate casualty of mooted 15-team competition