Family loses all in house fire 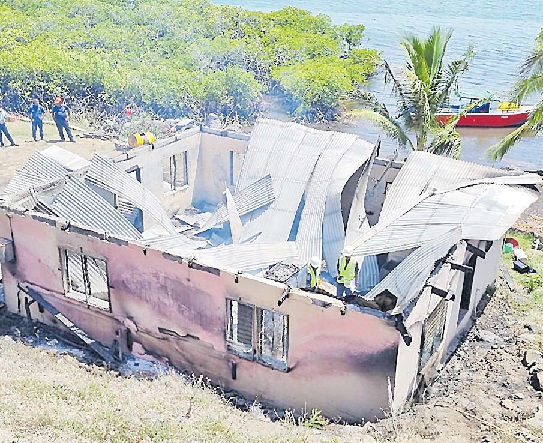 A family in Volivoli, Rakiraki will have a bleak Diwali this year after their two-bedroom house was destroyed by fire on Tuesday night.

Homeowner Praveen Reddy and his family were away at a neighbour’s house when the blaze began about 8pm. “My wife and two children had gone to a religious gathering when we were alerted there was a fire,” he said.

“By the time we reached home, the fire had spread across the house due to strong winds.”

Mr Reddy said loss of property had been estimated at about $85,000.

“I will have to rebuild the house for the sake of my family.

“I hope to receive assistance from the public.”

Mr Reddy, who earned a living as a fisherman, said his family would stay at a neighbour’s house for the time being. Officers from the National Fire Authority were at the scene yesterday carrying out investigations into the cause of the fire.